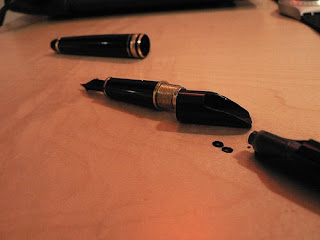 Among the Bush Administration's early post-9/11 acts -- an act taken fewer than 4 months after the opening of the detention camp at Guantánamo -- was to "unsign" the ICC treaty.
"Unsign" is a bit of a misnomer; in point of fact, what happened was that John R. Bolton, then U.S. Under Secretary of State for Arms Control and International Security, sent the following letter of repudiation to Kofi Annan, then U.N. Secretary-General:

I, Deng Alor Koul, Minister for Foreign Affairs of the Republic of Sudan, hereby notify the Secretary-General of the United Nations, as depositary of the Rome Statute of the Criminal Court[,] that Sudan does not intend to become a party to the Rome Statute. Accordingly, Sudan has no legal obligation arising from its signature on 8 September 2000.

What all 3 states seem to fear is the Vienna Convention on the Law of Treaties. It provides in Article 18:

A State is obliged to refrain from acts which would defeat the object and purpose of a treaty when:
(a) It has signed the treaty or has exchanged instruments constituting the treaty subject to ratification, acceptance or approval, until it shall have made its intention clear not to become a party to the treaty; or
(b) It has expressed its consent to be bound by the treaty, pending the entry into force of the treaty and provided that such entry into force is not unduly delayed.

This 1969 Treaty on Treaties, many provisions of which are deemed customary international law binding even upon nonparties like the United States, thus takes a midway position. It is more constraining than would be a no-effect-whatsoever position, yet far less constraining, as Swaine notes, than the civil law's culpa in contrahendo principle by "which liability may be imposed for bad faith conduct during negotiations." States that repudiate their signature, or unsign, endeavor to erase even the "interim obligation" of Article 18.
Let us assume arguendo that this practice has, or should, become a norm of international law. Even so the practice cannot liberate nonparty states from all concern.
As I've detailed here and here, in a few circumstances the Rome Statute permits ICC exercise of jurisdiction against nationals of a nonconsenting, nonparty state. Among those circumstances is referral of a matter by the U.N. Security Council pursuant to Article 13(b) of the Rome Statute. Such a referral -- Resolution 1593 (2005), adopted by a vote of 11-0, with Algeria, Brazil, China, and the United States abstaining -- launched the ICC investigation into atrocities in the Darfur region of Sudan. That investigation led Prosecutor Luis Moreno-Ocampo 2 months ago to seek an international arrest warrant against Sudan's President Omar al-Bashir. From that warrant's charges -- genocide and crimes against humanity in Darfur -- Sudan's "unsignature" affords Bashir no refuge.

(Coming Wednesday: The ICC, Sudan, and the Security Council)
by Diane Marie Amann at 6:02 AM