(In this guest post I discuss my paper entitled "From Liberalism to Communitarianism: The Erosion of Individual Rights in the Irish Criminal Process?")
Traditionally, the central concern in the Irish criminal process was the accused person, as is evidenced in the matrix of due process rights 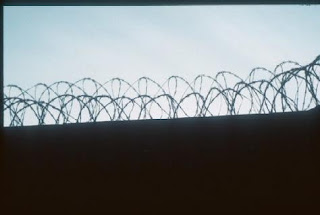 which developed. However, in recent years it seems that there has been a shift in political discourse and criminal justice policy away from liberal concerns about the primacy of the individual towards an approach in which the interests and demands of the community are prioritised. Contemporary political rhetoric in Ireland often presents the community as an entity with an entitlement to protection from harm, and its “rights” are often cited to justify developments in the criminal process.
As I see it, a number of measures encapsulate this trend and may give cause for concern:
►Bail. Developments in the context of bail demonstrate a favouring of public protection over the traditional emphasis on the accused individual. In Ireland, the accused’s entitlement to bail was restricted in 1996 as a result of a constitutional referendum, which facilitated the refusal of bail on a preventative basis to persons considered likely to offend if released before trial. This change in the law was based on the perceived need for public protection, notwithstanding the effects on individual liberties.
► Behaviour orders. Also, the introduction of behaviour orders by the Criminal Justice Act 2006 reveals growing concern for the wider community, despite potential incursions on the rights of the individual. These behaviour orders are civil orders which pertain to suspected “anti-social behaviour”. Although these orders are imposed on the civil burden of proof, breach is a criminal offence, and so they may result in net-widening and early criminalisation of individuals, in particular children and young offenders.
Political discourse on the notion of responsibilities, the circumscription of the right to bail and the use of behaviour orders betray the adoption of a problematic communitarianism, given the swing away from individual liberties and the increased emphasis on responsibilities. The “right” of the public to be protected has been accorded superiority over individual rights and interests, an approach which is in direct contradiction to the precepts of liberal thought. This version of communitarianism may be criticised on the basis that it sees the interests of the community and those of the suspect as fundamentally at odds. There exists a pervasive assumption that the community’s interests are advanced by reducing the rights of defendants and suspects and by intensifying the repressiveness of the criminal process. Furthermore, this form of communitarianism is a defensive one developed in opposition to a perceived threat or fear, which invokes an idealised version of community, ignoring inherent hierarchies, exclusive aspects of community membership and relations of power.
While elements of the communitarian critique have merit, the possibility for repression and for the rescission of individual liberties so as to benefit the community as a whole underlines the potential dangerous impact of communitarianism on policymaking in Ireland.
(credit for photo of barbed wire at Dublin's Mountjoy Prison)
by Liz Campbell at 2:01 AM