Framework for peace and justice

First, I’d like to thank IntLawGrrls for inviting me to be a guest blogger. I appreciate the opportunity to contribute to the blog’s discussion of current issues in international law.
A while back, an IntLawGrrls' 'Nuff said post illustrated how the issue of peace versus justice is in the news again. My own recent scholarship has focused on how the International Criminal Court can balance the demands of peace and justice in, for example, its case in Northern 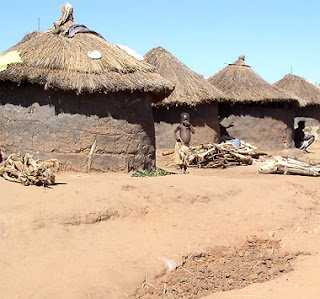 Uganda. The ICC Prosecutor issued arrest warrants against Joseph Kony and other leaders of the Lord’s Resistance Army (LRA) despite fears that such a step would impede ongoing peace negotiations. More recently, the Prosecutor sparked debate with his announcement that he is seeking an arrest warrant for genocide, crimes against humanity, and war crimes against Sudanese President Omar Hassan Ahmad al-Bashir. Critics contend that the Prosecutor’s move will endanger prospects for peace in Darfur. Others, such as Justice Richard Goldstone, former chief prosecutor for the International Criminal Tribunals for the former Yugoslavia and Rwanda, take the position that the prosecutor’s job is to prosecute, leaving political questions to others.
Under the ICC statute, there are several ways that the peace versus justice issue can be raised. I’ve examined these issues in my article, Achieving Peace with Justice: The International Criminal Court and Ugandan Alternative Justice Mechanisms, 23 Conn. J. Int’l L. 209 (2008), and in a shorter, more general essay, The False Dichotomy of Peace versus Justice and the International Criminal Court, just published in the Hague Justice Journal (in English, with French translation). I offer a framework for balancing peace with justice based on the theoretical underpinnings of the ICC. In my article, I have two objectives:
► First, to offer a solution to a pressing problem at the ICC: how the ICC should respond to calls to drop the arrest warrants in favor of Ugandan alternative justice mechanisms.
► Second, to propose a theoretical framework to apply to the inevitable reoccurrence of the peace versus justice dilemma at the ICC, such as the situation in Darfur and the most recent site of inquiry, Colombia.
With regard to the Ugandan situation, the ICC Prosecutor has characterized the demands of the LRA for immunity from ICC prosecution as blackmail and extortion. The LRA is notorious for atrocities including mutilating and killing civilians, often at the hands of children it has forcibly abducted into its forces. The ICC was created to end impunity for international crimes. But can it insist that states reject trading peace for justice when the cost of refusal is measured in human lives?
While many speak in terms of peace versus justice, it is possible to achieve both peace and justice. The ICC’s institutional mandate is to prosecute or to facilitate prosecution at the national level. The Rome Statute is sufficiently ambiguous to allow the ICC to defer to nonprosecutorial alternatives in extreme circumstances. For example, the ICC might be faced with a request to suspend the case from the U.N. Security Council pursuant to Article 16 of the ICC Statute. The ICC might consider whether an alternative process such as a truth commission blocks the case under the principle of complementarity (Article 17) or under ne bis in idem (Article 20). Finally, the Prosecutor, with the acquiescence of the Court, might decide not to investigate or prosecute as a matter of discretion, in the “interests of justice” (Article 53).
In interpreting these provisions, the ICC should not only consider statutory interpretation, but also assess the proposed alternative:
► It should first evaluate whether nonprosecutorial alternatives are necessary and legitimate.
► If they are, the ICC then should examine the goals of international criminal justice.
Where the alternative mechanism furthers retribution, deterrence, expressivism, and/or restorative justice to an extent similar to that provided by international prosecution, the ICC should defer. In this way, the ICC might ensure that there is at lea

st some measure of accountability for international criminals without blocking peace initiatives vital to ending mass killings and other atrocities.
This framework offers only a starting point for solving the very complicated problem of balancing peace with justice. In Uganda, for example, the peace plan offers a confusing mix of alternatives to ICC prosecution, making reference to both traditional justice mechanisms and domestic prosecution. The Uganda situation is still fluid, with some negotiators attempting to keep the peace process alive despite Kony’s failure to sign the peace deal, while others argue for a military solution. (credit for USAID photos of some of Uganda's internally displaced children)
The ICC can, of course, be only part of the solution to complex conflicts, in Africa and elsewhere.
by Linda M. Keller at 6:02 AM

I've studied the issues rather carefully and still find it impossible to admit the claim that Peace can be had without Justice.

To me, it's a no-brainer and the attempt to warp peace efforts to the ends of greed and power are extremely obvious...

~ Alex from Our Evolution

Linda, thank you for your article which I find very useful for this complicated debate. Your proposals, while logic, I find are far-reaching to the extent that it seems introduce an interpretation of the 'interest of justice' including elements that are not compatible prima facie with article 21 of the Rome Statute, an crucial article that ensures the sustainability of the Court on the basis of the degree of certainty of its judicial outcomes. Alas, you are proposing factors to be weighed by the decision-makers, the judges (not by the prosecutor) that fall outside the Rome Statute, which is the first and ultimate source of law of the Court.

On the political side, I will like to add to your statement on 'fluidness'of the peace agreement a very important fact concerning the reality of the prospect for peace. The so-called negotiations in Uganda have had the sole outcome of giving time to the LRA (Kony) to re-arm. It is shocking to read anything on a peace-agreement in Uganda, while UNICEF reports that on 17 spetember 90 children were abducted in Kiliwa, Duru and Namibia in Dungu, East Congo
http://afp.google.com/article/ALeqM5iv3gCkZHyL4uz_9pWk7zNo8w7F1g

Peace in Uganda, does not mean the end of the LRA reign of terror.

And this is to be blamed by those who used/abused justice as a bargaining chip. Inevitably it risks being soon replaced by the argument of incentives for peace.

However, as these attacks prove, there is no effective incentive for peace for warring parties who are conducting profitable wars and have all to loose if they stop fighting.