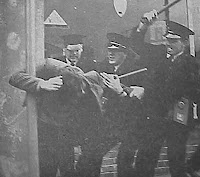 ... 1968 (40 years ago today), in Derry, Northern Ireland's 2d largest city, the political violence known as The Troubles began when police "used batons and water cannon to break up a civil rights march," injuring at least 30 persons. Unrest would cripple the region for 3 decades, ending only with the Good Friday Accords of 1998. (credit for photo © Derry Journal)

... 1988 (20 years ago today), by a margin of 10 percentage points, Chilean voters rejected Augusto Pinochet's bid for another 8 years as President. This rejection by plebiscite would prove a milestone in ending the reign of Pinochet, who, as a military general, had seized power in a bloody coup on September 11, 1973. When he died in 2006 Pinochet -- though he had avoided 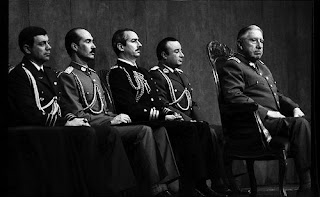 extradition from Britain to Spain on international criminal charges -- faced "numerous court cases that had sought to bring him to justice" in Chile. (credit for 1988 photo of Pinochet, at far right)
by Diane Marie Amann at 1:30 AM