Female Genital Mutilation before the ECtHR 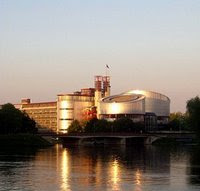 The European Court of Human Rights (left; photo credit) yesterday asked the Irish Government to stay the deportation of Pamela Izevbekhai and her children until the Court has had an opportunity to hear her Article 3 claim on December 9th (RTE report). This followed a refusal by the (Irish) High Court to grant her leave to appeal a deportation order against her. Izevbekhai’s first child died as a result of FGM and she claims that there is a real risk of her other two children being subjected to the practice if returned and that, as a result, their deportation would violate Article 3 of the ECHR [right to be free from torture, inhuman and degrading treatment or punishment]. Article 3’s implicit ban on refoulement is absolute, thus if Izevbekhai can convince the ECtHR that FGM meets the threshold of minimum severity to be considered prohibited behaviour and that there is a real risk of her children being the victims of this practice in Nigeria then it appears that the Irish government would be precluded from deporting her. The approach that the Strasbourg Court will take to this question will be interesting and have important implications for Europe-wide approaches to gender based persecution and asylum claims. Also noteworthy is the fact that this is the third case with an important gender aspect on Article 3 to go before the court this term and we await the judgments with some anticipation. [The other two cases concern domestic violence [discussed here] and the constitutional ban on abortion in Ireland (Irish Times report)].
by Fiona de Londras at 6:01 AM