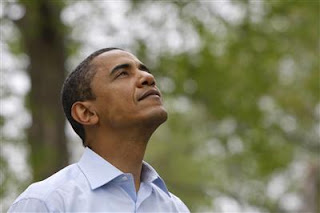 The euphoric reactions to the amazing election of Barack Obama to the presidency of the United States of America resonate throughout the country and the world. (Photo Credit)
The diplomatic repair-work has already begun on the U.S. image and reality on the world stage. CNN reports that the President-Elect returned congratulatory calls from 9 world leaders on Wednesday.
Yes We Can--What's Next? IntLawGrrls explore a range of issues that should be high priorities for a new U.S. foreign policy. To name a few:
►Poverty Global poverty (the old crisis) and the global financial crisis (the new one); inequitable distribution of food, health care, housing, living-wage jobs, and education. These are the scourges that ruin or end prematurely millions of lives from the Mississippi Delta to Gonaives, Haiti, every day.
►The Environment Generating the political will for an internationally-shared sustainable response to the catastrophic potential of global climate change.
►Security Nuclear proliferation and security against terrorism. Threats to our civil rights and civil liberties disguised in misguided, ineffective, or politically expedient “responses” to security threats.
►War and Violence in Public and Private Life The ongoing crises in the Democratic Republic of Congo, the Darfur region of the Sudan, the Middle East, Afghanistan, and Iraq, as well as the pervasive “normalcy” of sexual abuse and other forms of gender-based violence. The trade in small arms that kills millions of youth at home and abroad.
►Discrimination Discrimination based on race, ethnicity, national origin, color, migration status, sex, sexual orientation, religious belief, class, and disability that so often leads to violence in homes, neighborhoods, and battlefields. And no, racism is not “over” now that the United States finally has elected a Black president—even as we celebrate the overwhelming margin and diversity of support.
►Human Rights See all of the above (and Connie de la Vega's post yesterday). The implications are just as important within the United States as they are for our policies toward the peoples of other countries. (See the 60 year old Universal Declaration of Human Rights linked here.)
So the new administration has plenty of work to do, but the “we” in “yes, we can” requires us all to participate.
Witnessing History Here’s another sample of global and local reactions to the 2008 U.S. election.

Galway, Ireland “America is Back! We missed your moral leadership and generosity of spirit. It feels like the American Revolution happened again yesterday. John Brown rests easy and the world can grow in confidence again”--Gerard Quinn

This is truly a new dawn, not just for the U.S., but for the whole world and especially for the African Diaspora - this day salves a little of the deep wounds of the centuries.
Many on the far left will likely be disappointed that President Obama does not promote all of their agendas. His campaign was not dependent on any one group - so he is free to pursue what he believes is the right thing to do in a measured, bipartisan way - this, too, is historic.--Arlene Brock

The anticipation, the fear, the uncertainty and the excitement of watching history unfold in my very eyes, took me back to South Africa. I remember experiencing the same feeling in 1994 as a 15 year old sitting on the couch with my arms around my belly, sweating, crying, waiting and hoping to see a black man, after 27 years in prison, declared president of a nation with a history filled with atrocities perpetuated against the black race. When I received your email yesterday, I was not able to express the feeling. The only complete sentence I remember saying last night after the result was: I wonder what Nelson is feeling right now to see that he paved the way for all of us around the world. To see yet another intelligent black man being elected president of a great nation with a convoluted history. The tears I shed watching Mandela walk out of Robben Island were painting my face once more last night as I watched Obama come out to give a speech at Grant Park.
Above all, I am proud of the fact that both men are sons of African men who were once enslaved by the very nations over which they now preside. I am also proud of the fact that Obama will bring a new image for black men in America and around the world.
For the international world, this means that African roots have once again contributed to the making of history and re-construction of a fallen nation. We built the roads in the US and now we will build the economy together with a sense of being citizens of the world. The one memory that I took from my journey in South Africa, now sits together with the memories created by last night’s event. For giving me the opportunity to witness another historical moment, I thank you.
Congratulations!--Mianda Bashala

Boston, Massachusetts , USA "This is a wonderful and historical moment." --James Hackney (Miss Lou thanks James for keeping it to one line!)

Toronto, Ontario, Canada "I fell to weeping as they called the election on CNN and at the same time here in Toronto the residents of my apartment complex let out an enormous collective scream of joy. Much of the world is celebrating with us. " --Lolita Buckner Inniss

Baltimore, Maryland, USA "While Barack Obama's election is a milestone, it is the image of Michelle Obama as First Lady that will enhance the self image of black women around the world!"--Taunya Lovell Banks

With the passage in 1924 of the Indian Citizenship Act, the federal government unilaterally brought all Tribal Nation citizens into the citizenry of the U.S. as dual citizens. It is a real credit to President-Elect Barack Obama that he has taken the time to understand Native issues, has brought with him prominent lawyers in the field of Native law to advise him and includes Native Americans in his list of diverse groups in the U.S. I would say for our peoples that simply being mentioned is a truly remarkable moment in the U.S. national discourse as we are often treated as the most invisible of all groups. It was intensely moving to hear him include us in his speech last night and I look forward to better relations with the U.S. for Tribal Nations during his administration. Full of hope, --Angelique EagleWoman (Wambdi A. WasteWin)

Davis, California, USA "Being a 'safe' blue state, we did not see much of the Presidential campaign in California. We were proud, however, when all the networks declared Senator Obama the winner as soon as the California polls closed!" --Kevin Johnson 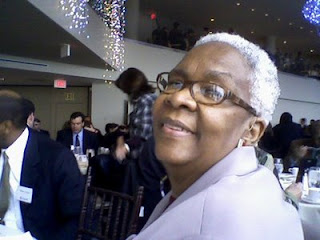 Boston, Massachusetts, USA Photo: The smile on mom’s face the day in early 2008 when I took her to see “her adopted son”—the man she just knew would be elected the next President of the United States. ‘Nuff said.--Hope Lewis (Miss Lou)
by Hope Lewis at 1:00 AM

(Posted by Hope Lewis for new colleague (and international law professor) Sonia Rolland): "As a recently naturalized citizen, this was my first presidential
ballot and I could not have dreamed of anything more significant and
elating. I hope this is the beginning of a shift towards the true American spirit of constructive, forward-looking attitude that has
made me want to be part of this country in the first place!"
Sonia Rolland

(Posted on behalf of Chrys by Hope)
When I stop smiling I might be able to actually absorb what this all means!!!Yayyy!
Chrys Peralta