... 1978 (30 years ago today), at Jonestown, Guyana, 909 people died after drinking poisoned grapeade. The mass carnage -- suicide/homicide by adults, who drank after forcing their children to drink the poison -- followed the lead and the urgings of the leader who'd brought them to the jungle from the San Francisco Bay Area. It occurred in the wake of the killing of U.S. Rep. Leo Ryan and his aide, who'd come to Jonestown on a factfinding mission at the request of cult members' relatives. One member who survived was put on trial in San Francisco; his case gave rise to 2 judicial opinions worth teaching to law students: U.S. v. Layton, 549 F. Supp. 903 (N.D. Cal. 1982) (excluding audio tape of leader's urgings as unduly prejudicial), and U.S. v. Layton, 509 F. Supp. 212 (N.D. Cal. 1981) (setting forth international law principles of extraterritoriality to analyze bases for exercising U.S. jurisdiction over defendant alleged to have committed crimes abroad). This post marks the event with a 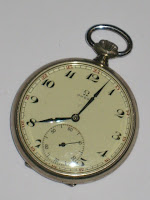 black square because the photos are just too awful. A news reporter colleague of mine who covered it -- a seasoned combat correspondent -- said it was the most harrowing death scene she'd ever witnessed.

... 1883 (125 years ago today), by action of U.S. railroads, which adopted a Canadian system, time zones were standardized across the territories of the 2 countries. The move would become government-mandated 25 years later.
by Diane Marie Amann at 6:01 AM