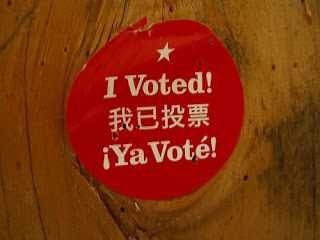 ... 2008 (today), rallies that above having come to an end, voters in the United States enter ballot booths to choose their next President and other officials and, in states like California, to decided a plethora of ballot propositions. (Arizonans vote on a ballot initiative on ballot initiatives.) If you're registered and did not vote early, don't forget to vote today! 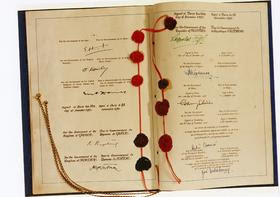 ... 1950, in Rome, representatives of the member states of the Council of Europe signed the Convention for the Protection of Human Rights and Fundamental Freedoms (left; photo credit). This landmark European Convention entered into force, with 10 ratifications, on September 3, 1953. Today it has 47 states parties.
by Diane Marie Amann at 12:01 AM