Even before the transition to power, the Obama Administration is facing a crisis to his presidency. The current economic crisis promises to be the Goliath that will take all of Barack Obama's brains and guts to slay. While some argue the level and extent of the crisis has led us to unchartered waters, it seems important to learn from history as the new administration moves forward.
Another young, inspiring, and out-of-the-ordinary president faced similar challenges in the early days of his presidency. In 1961, John F. Kennedy became the nation's thirty-fifth president. He came to power at a time of uncertainty for the United States: The Cold War was in full gear, the economy was troubled, and both special interests and the "Joe The Plumbers" of his day called for a time of retrenchment and isolation. What did Kennedy do? The exact opposite. Kennedy recognized America needed to provided leadership not only locally but globally. He set an ambitious international agenda, and one of the centerpieces of his strategy was his agenda. Despite opposition from members of his own party, and special interests he needed to appease, Kennedy successfully persuaded Congress to grant him the greatest 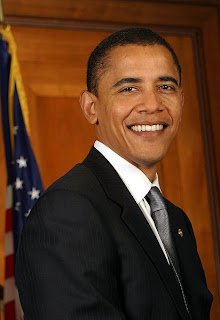 trade negotiating authority of his day. Although he did not live to see his trade agenda implemented, Kennedy's legacy lives on in the results of the Kennedy Round of trade negotiations, the most successful trade round of its time. What might Obama learn from Kennedy? John F. Kennedy ultimately learned that a robust trading system was the best defense against economic collapse. While Obama has made numerous pronouncements on his economic policy, he remains silent on his trade agenday. I suggest Obama take notice of Kennedy's strategy and focus also on trade to help the nation out of this economic crisis.
by Marjorie Florestal at 8:47 AM