The Will of the People: The Right to Vote in the U.S. Elections

The will of the people shall be the basis of the authority of government; this will shall be expressed in periodic and genuine elections which shall be by universal and equal suffrage and shall be held by secret vote or by equivalent free voting procedures.

Miss Lou already cast her (my) vote for Obama-Biden in the historic U.S. presidential election (IntlawGrrls series link). Here’s hoping the following information will be helpful to other voters or right to vote advocates out there.
When to Vote:
Tuesday, November 4, 2008, or before if your state allows early voting. Vote as early in the day as possible, but VOTE even if you have to wait until later in the day. Don't believe rumors and unofficial polls; make your vote count.
Where to Vote:
Google Map © and other on-line sites now have dedicated pages that can locate and direct you to local voting stations.
How to Vote:
►The National Association of Secretaries of State maintains information on state requirements (linked here and below).
►Regular Ballot (make sure you understand all instructions and ask a poll worker if you don’t—no “hanging chads”)
►Absentee Ballot (if you couldn’t make it to the polls)
►Provisional Ballot (if your registration or eligibility to vote is challenged, insist on casting a provisional ballot)
►Accessible Ballot (there should be at least one accessible, private voting machine available for you at the polling place, or other provisions should be made for accessible private voting; if you need assistance, bring someone with you, or request information from a poll worker). See resource list below for disability access hotlines. (A news story about a blind voter's experience is linked here).
Old School
On-line political networking, blogs, and information sites have revolutionized the campaign and election process. For example, Twitter Vote Report allows users to send real-time updates on voting lines and other issues at the polls. And check out IntLawGrrls on Election Day, when some Grrls plan to post updates from their polling places.
But “old school” methods are still important.
►After coordinating with campaign workers, travel with others to swing states to get out the vote by making phone calls, and monitoring the election process.
►Make sure friends, relatives, and neighbors have transportation to the polls.
►Lines may be long, so bring water, reading material, a fully-charged cell phone, and a positive attitude. A folding chair or two in the trunk couldn’t hurt.
►Allow a person who’s not well to go ahead of you in line (Miss Lou shouldn’t have to say this, but she saw some elderly folks waiting in the back of those long early voting lines who should have been at the front—‘nuff said). 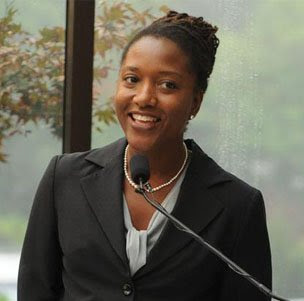 ►Pay attention to state rules about “electioneering” at polling places (i.e., watch what you wear and be prepared to cover campaign t-shirts or to put campaign buttons away as you near the polling place).
►Know your rights. Since voter eligibility varies from state to state and there are already attempts to purge valid voters, check official websites or the campaign website for rules. Ask poll workers to double-check for your name. Insist on a provisional ballot if there’s any doubt.
►Bring a photo i.d. if you have one, but if you don’t, don’t let that deter you from voting. If challenged, ask for a provisional ballot.
►If you are not allowed to vote for illegal or illegitimate reasons, complain to the campaign and to local, national, and even international officials.
And Why:
Even the “undecided” must know by now that this is a history making election. It is an incredibly important moment on every level: the economy (and its relationship to food, housing, education, health care, jobs, and retirement); our civil rights, civil liberties, and other constitutional protections; respect for, and compliance with, our international legal and moral obligations (including human rights and laws on peace, trade, security, and the environment), and much, much more…
Still, my favorite reason to vote is to honor people. By voting, we remember the generations of African-Americans and women previously prohibited from doing so. We recognize the struggles of those who must wait in voting lines for many hours in other countries even under threat of violence. Our voting also honors the over-100 crowd, such as Sister Cecilia Gaudette, the 106 year old nun and 109 year old Amanda Jones (who remembers having to pay poll taxes). They each voted for Obama recently. My own grandmother, “Miss Lou,” voted right up until her passing at nearly 103. She would not put up with any excuses from this Miss Lou either (who is slightly younger).
A List: Voter Access and Voter Protection
►American Civil Liberties Union, “Voter Protection”
►Federal Elections Commission, “Help America Vote Act of 2004” (HAVA)
►League of Women Voters (comprehensive general information site)
►National Association for the Advancement of Colored People-Legal Defense and Educational Fund (NAACP-LDF), “Voter Protection”
►National Association of Secretaries of State, 2008 General Election Information (includes Election day polling hours by state)
►National Federation of the Blind, Project VIP (Voting with Independence and Privacy)
“Voting, Accessibility, and the Law”
Hotline (to help resolve access problems for blind voters at polling stations and to provide technical assistance to poll workers)
1-877-632-1940 (7 AM - 10 PM EST, Tuesday, November 4, 2008). Organizers request that voters call directly from the polling place rather than trying to resolve issues later.
►Lawyers and law students interested in elections monitoring in battleground states should contact campaigns directly or link up with the many social networking groups organizing such efforts.
The Right to Vote in International Legal Perspective
►Office for Democratic Institutions and Human Rights, Office for Security and Co-operation in Europe (OSCE) 2008 Elections Monitoring Mission to the USA (includes the mission’s mandate and contact information)
►OSCE Final Report on 2004 US Elections (providing a tepid response to concerns raised by African-Americans and other minorities with regard to allegations of voter suppression and intimidation)
►University of Minnesota Human Rights Law Library, “Study Guide on the International Right to Vote”
The need for serious voting process reform in the U.S. will have to wait for another post by another IntLawGrrl on another day. Special thanks to IntLawGrrls Diane Marie Amann and Stephanie Farrior, and to Bob Hachey, President of the Bay State Council of the Blind (an affiliate of the American Council of the Blind) for list-serv alerts on disability voting. Finally, a televised interview with elections law expert Janai Nelson, Professor of Law at St. John’s University School of Law (photo above right), was quite helpful. Disclaimer: This post reflects my own views, of course. Being listed in this post does not necessarily imply an individual’s or organization’s endorsement of any candidate or political party.

Every citizen shall have the right and the opportunity, without any of the distinctions mentioned in Article 2 and without unreasonable restrictions:(a) To take part in the conduct of public affairs, directly or through freely chosen representatives;(b) To vote and to be elected at genuine periodic elections which shall be by universal and equal suffrage and shall be held by secret ballot, guaranteeing the free expression of the will of the electors;(c) To have access, on general terms of equality, to public service in his country.
--Article 25, International Covenant on Civil and Political Rights (1976)
by Hope Lewis at 12:50 AM

Hope,
Thank you for your reminder that voting honors those who struggled to obtain that right and those who risk death today to exercise it. Watching a report on French TV last night on the American elections and campaign, there were interviews with those who don't vote because it doesn't change anything, included an entire family that hasn't voted for a couple of generations. Let us hope that this election will result in the the kind of change necessary for those way down at the bottom of the socio-economic ladder to feel that their vote does matter.

Thanks for this post. I read it to my friends who are here in Akron, OH with me for GOTV work. Do you want me to report on developments here in Akron? Folks are hopeful, defiant and scared. The other side, the McCain folks, when we are in the neighborhoods, can be quite surly. One tried to call the cops on me last night.

Thanks Naomi and Rebecca.
Yes, Naomi, that "it doesn't matter" argument drives me nuts! We're all so willing to waste time on things that truly do not matter (most hours spent watching television,for example).
The crowd at my church today (Sunday)is fired up and ready to go. Students are working all over the country to "person" phone banks and knock on doors. Our fellow lawyers are doing what lawyers do. I take lots of cabs and every single cabdriver for the last month has button-holed me about who I'm voting for--they looked like they might not let me out of the cab if I gave the "wrong" answer. Many are immigrants and have their finger on U.S. foreign policy as it affects their home countries.
It would be great to hear from you both on the blog. Naomi can post directly as an IntLawGrrl. Rebecca, if you send me your Ohio reports, I'll cross-post to IntLawGrrls. (Rebecca is a great grassroots organizer and writer with roots in Ohio and many other places.) We'll definitely want to hear what's happening in Ohio in real-time... Peace to all. Hope

Great post, Hope! I just had to share an email sent from Tanzania by my cousin, also named Hope, who lives in Arusha (her Swedish husband is an environmental scientist there). The excitement there is palpable --

"We have just come back from a trip to the northern part of Tanzania. EVERYWHERE we went we saw people with Obama buttons, with Obama written on their rickety souvenir stalls, even Obama painted across the back of a huge bus. I met a group from the med school at UNC Chapel Hill at Ngorogoro Crater. They had just come from doing open-heart surgery in Kampala. They said that the same thing was true there. People all over east Africa are emotionally immersed in this race. Obama has alot of friends here!"

i can't help thinking it's awesome that there has been such long lines all over... people taking a greater interest in public issues is always a good thing