(Write On! is an occasional item about notable calls for papers.) Next year will be the 50th anniversary of an institution whose reach and influence extend far beyond the region it serves. It's the European Court of Human Rights, which hears cases, arising from the 47 member states of the Council of Europe, that invoke the 1950 Convention for the Protection of Human Rights and Fundamental Freedoms.
The University of Copenhagen Law Faculty's Center for European Constitutionalization will mark this milestone with a symposium entitled A Unique European Institution: The European Court of Human Rights after 50 Years, to be held March 21-22, 2009, in the city center of Denmark's capital. Planned speakers include Dr. Luzius Wildhaber, the European Court's former President; Dr. Rachel A. Cichowski, University of Washington, Seattle; Dr. Stéphanie Hennette-Vauchez, European University Institute, Florence, Italy.
To supplement their presentations, papers are sought, from junior and senior scholars alike, on topics such as:
► Law, politics, and the genesis of the European Court 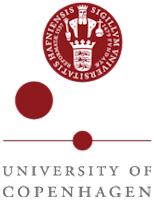