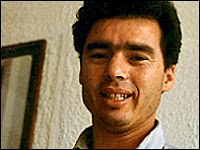 This week has seen the end of a long and painful journey for three of Guantánamo Bay’s most well-known detainees.
This Tuesday Mustafa Ait Idir (right), Hadj Boudella, and Mohamed Nechla returned to their adopted homeland of Bosnia and Herzegovina after spending six years in U.S. custody as “enemy combatants.” The men, together with their compatriots Saber Lahmar, Lakhdar Boumediene and Belkacem Bensayah, were at the center of the U.S. Supreme Court’s latest rejection of the Bush administration’s executive detention policies. In that case, Boumediene v. Bush (discussed earlier here), the Court upheld the petitioners’ right to challenge their detention under the constitutional privilege of habeas corpus and ruled that the government’s Combatant Status Review Tribunals were inadequate substitutes for habeas review. In remand proceedings last month, Judge Richard Leon, of the U.S. District Court for the District of Columbia, ordered the government to release all but Bensayah, on the ground that there was insufficient evidence to justify their continued detention.
The U.S. Department of Defense announced the transfer of Idir, Boudella and Nechla in a terse statement this Tuesday, after which the men were flown to the Sarajevo airport. There they were debriefed by local authorities and reunited with their families, with whom they have had no contact for at least six years.
Upon his return to Bosnia, Idir had this to say about his detention in Guantánamo:

For almost seven years, I was at the end of the world, at the worst place in the world. It would have been hard even if I had done something wrong (but) it is much harder if one is totally innocent. 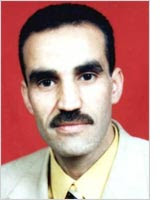 All six men had been transferred to U.S. custody in 2002, under suspicion of plotting to attack the U.S. embassy in Sarajevo -- despite the fact they they had been acquitted of those very same charges just months earlier by the Supreme Court of Bosnia and Herzegovina. Unhappy with that outcome, in 2002 U.S. officials pressured Bosnian authorities to surrender the men or risk losing American presence in their country. Three of the six men had remained in continued executive detention until Tuesday.
Boumediene (right) and Lahmar are still at Guantánamo, awaiting release.
by Amy Senier at 3:01 AM