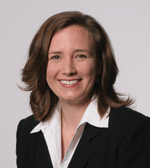 It's my pleasure to welcome Molly Beutz Land (left) as our guest blogger today. Molly is an associate professor of law at New York Law School, where she teaches Civil Procedure, Conflict of Laws, International Intellectual Property, and International Human Rights. Drawing on her human rights expertise and background as an IP litigator, Molly's scholarship focuses on access to knowledge and the intersection of intellectual property and human rights, as exemplified by her blog today, in which she discusses her forthcoming article, Protecting Rights Online.
I first met Molly when she was awarded the Robert L. Bernstein Fellowship in International Human Rights in 2002. After completing the fellowship, which she spent at Minnesota Advocates for Human Rights, Molly was a visiting lecturer in law and the Robert M. Cover/Allard K. Lowenstein Fellow in International Human Rights at Yale Law School. Her interest in access to knowledge grows out of her work on economic rights and gender issues while co-teaching the Lowenstein Human Rights Clinic and at Minnesota Advocates, which included filing amicus briefs in cases challenging sexual harassment in schools and discrimination based on sexual orientation before the Inter-American Commission on Human Rights and leading fact-finding teams reporting on domestic violence against immigrant women in Minnesota, HIV/AIDS and women's rights in Zambia. After graduation from Yale Law School in 2001, Molly clerked for the Honorable Denise Cote in the Southern District of New York. Between 2003 and 2005, she litigated copyright, trademark, and patent cases with Faegre & Benson LLP. 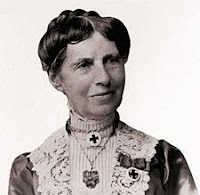 Molly has chosen Clara Barton, the humanitarian, feminist, and founder of the American Red Cross, as her transnational foremother. Barton, born in 1821, performed her first nursing role at the tender age of 11, when she nursed her brother David through a serious illness. Six years later, she became a teacher, founding her own school at the age of 23.

Following her studies, Barton opened a free school in New Jersey. The attendance under her leadership grew to 600 but instead of hiring Barton to head the school, the board hired a man instead. Frustrated, she moved to Washington D.C. and began work as a clerk in the U.S. Patent Office; this was the first time a woman had received a substantial clerkship in the federal government.
With the emergence of the Civil War, Barton refused to take a salary from the government's treasury and dedicated herself aiding soldiers on the front. Never before had women been allowed in hospitals, camps or on battlefields; initially, military and civil officials declined her help. Eventually, she gained the trust of these officials and began receiving supplies from all over the country. As a result of her untiring work, she became known as the "Angel of the Battlefield." Officially, she became the superintendent of Union nurses in 1864 and began obtaining camp and hospital supplies, assistants and military trains for her work on the front. She practiced nursing exclusively on battlefields, experiencing first-hand the horrors of war on sixteen different battlefields.

After learning about and observing the Red Cross while travelling in Europe, Barton learned that the United States had not signed the Treaty of Geneva establishing the institution. After campaigning for the U.S. to join the treaty, which it did in 1882, she became the President of the American National Red Cross, a position she held for twenty-two years until she retired at the age of 83. Barton's work in the United States included humanitarian assistance in peacetime, leading to the "American Amendment" to expand the Geneva Convention to include this concept.
Barton was also a passionate suffragist, working with Susan B. Anthony, Lucy Stone and others. She received many awards, including the Iron Cross, the Cross of Imperial Russia and the International Red Cross Medal. Heartfelt welcome!
by Jaya Ramji-Nogales at 11:02 AM