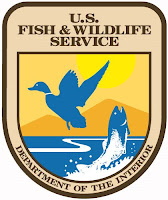 ... 1973 (35 years ago today), U.S. President Richard M. Nixon signed into law the Endangered Species Act. It lists 2 categories of protected species, "threatened" and "endangered," and empowered 2 agencies, the Fish and Wildlife Service (logo at right) and the National Oceanic and Atmospheric Administration Fisheries Service (NOAA), to implement protections. "In July of 2008, there were a total of 1,238 threatened or endangered animals protected under the act; and a total of 747 threatened or endangered plants protected under the act." 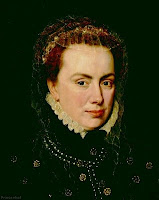 ... 1522, a daughter, Margaret, was born out of wedlock to Charles V, then the Holy Roman Emperor, and Johanna Maria von der Gheest, a servant of a Flemish nobleman. Raised by aunts who were governors of the Netherlands, Margaret (left) -- known as Margaret of Austria, Duchess of Parma, Regent of the Netherlands -- governed the Netherlands in the name of her brother until her resignation in 1567. The Roman Catholic regent's rule was marked by erratic treatment of heretics.