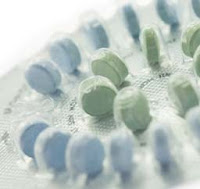 On this day in ...
... 1961, the British National Health Service made The Pill available to all women. But concern about the advisability of use of this form of contraception lingered, as indicated by this BBC reports on comments by Sir Charles Dodds, a leading physician:

He compared a woman's body with a clock mechanism. 'Even if you thoroughly understand the mechanism of a clock, provided it is going well it is very much better to leave it alone. To interfere with it if you do not understand it can be disastrous,' he said.

... 1945, having ratified the U.N. Charter 89-2 in July, the U.S. Senate voted 65-7 in favor of "legislation to give the United States full, active participation in the United Nations Organization." In this vote the 2 Republicans who'd voted against ratification were joined by 4 members of their party and 1 Democrat. It took place following a debate in which, as The New York Times reported, 2 of the opponents

sought to require the President to obtain specific Congressional authorization before he could make armed forces available to the UNO Security Council to halt an aggression or to maintain peace.

That proposal lost 65-9, thus leaving the President free for prompt and decisive action in international emergencies, once the size, state

of readiness and general deployment of the United States peace-enforcement forces had been approved by majority votes of the two houses of Congress.