This week, Peter Spiro and I hosted Jide Nzelibe (pictured below left) at Temple's International Law Colloquium. Jide presented his work-in-progress, Courting Genocide: The Unintended Effects of Humanitarian Intervention, on which Kristen Boon (pictured below right) provided commentary. While I had several smaller quibbles and a few larger criticisms of the paper, it moves the scholarship on humanitarian intervention a step forward, as Kristen noted, by examining the motivations of all of the actors involved and suggesting that the effects of humanitarian intervention may not always be benign. Jide's basic thesis is as follows:

because humanitarian interventions tend to increase the chance that rebel or victim group leaders are going to achieve their preferred political objectives, such leaders might have an incentive to engage in the kinds of provocative actions that make atrocities against their followers more likely in the first place.

bitious in scope and provocative in intent, the paper's descriptive portion is compelling in generalities but more troubling in specifics. Jide's point that “[t]he threat of humanitarian intervention influence[s] the calculus of both rebel leaders and perpetrators in complex and unpredictable ways” is powerful; the idea that humanitarian intervention influences rebels to subject their followers to the risks of genocidal violence is much more of a stretch. It seems more likely that rebel groups have imperfect information about both the risk of genocide and the chance of humanitarian intervention, which may surely influence their actions, but in perhaps less predictable and nefarious ways.
As Jide himself concedes, the prescriptive portion of the paper presen 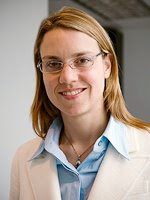 ts solutions that may be difficult to implement in the real world. He suggests two options for addressing rebel leaders who engaged in provocative behavior against dominant groups who then perpetrated atrocities against their kin: first, applying a comparative fault framework to reduce economic and political benefits to these leaders, and second, absolving perpetrators from international criminal law sanctions through the defense of provocation. Both approaches troubled me most for their paternalism; the first because it's unclear who should decide and how they should decide when behavior has been sufficiently provocative to warrant a reduction in benefits, and the second because it's simply too close to the "she asked for it" defense. In my mind, provocation is no justification for the types of atrocities Jide discusses in his paper. A better normative outcome might instead be more even-handed prosecution of all players who commit atrocities, not just those responsible for the worst atrocities. In any case, despite these quibbles, the paper's worth a read for its thought-provoking approach to a timely and important issue.

Cross-posted on Concurring Opinions.
by Jaya Ramji-Nogales at 7:00 AM

Thanks a lot for this illuminating post. I hope you [someone] would someday write on this in greater detail with sufficient evidence.
Isaias