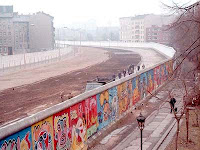 ... 1993, a criminal court in Berlin announced its abandonment of the trial of former East German leader Erich Honecker, who was 80 years old an suffering from terminal liver cancer. Honecker had been charged with "manslaughter over the deaths of defectors fleeing by way of the Berlin wall," which separated the city during the Cold War. Soon after the trial was aborted, Honecker flew to Chile, where he died a year and a half later. (credit for 1986 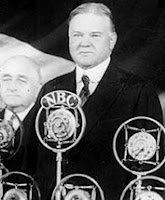 ... 1933, President Herbert Hoover vetoed a bill to give the Philippines independence from the United States. Within hours the House of Representatives overrode the veto; however, the Senate did not so act, and so the bill failed. In his veto message, the New York Times reported, Hoover (right) suggested "that a plebiscite for freedom be deferred for fifteen or twenty years" in the Philippines, lest "'economic and social chaos'" ensue.
by Diane Marie Amann at 6:01 AM