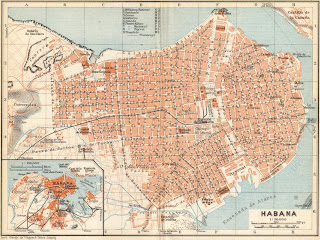 On this day in ...
... 1909 (100 years ago today), at Havana (left), U.S. officials who'd been governing Cuba withdrew upon the noon-hour inauguration of a new President of the "restored Cuban Republic." Evacuation by April 1 was planned for all the U.S. troops that'd been on the island since the Spanish-American War, the New York Times reported -- "save for a permanent force at the American naval station at Guantanamo." As loyal readers know, we IntLawGrrls have posted frequently on current affairs at that naval base.