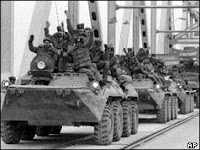 ... 1989 (20 years ago today), Soviet troops began leaving Afghanistan, 9 years after they'd entered the country. The retreat was seen as a victory for the mujahideen, whom the BBC described as "Afghan Islamic fighters," and a defeat for the Soviet-backed communist regime in Kabul. Today President Barack Obama mulls stepping up military involvement in an effort to combat the guerrilla movement founded by a man whom the United States has backed when he fought Soviets years ago, Osama bin Laden. But many commentators are wary of this proposal; among those recently expressing concern is our colleague Rosa Brooks. (Associated Press photo credit) 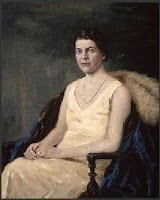 ... 1930, Cairine Wilson (right), a social worker and "fluently bilingual mother of eight," was appointed to Canada's Senate soon after the judgment in the Persons case, which established women's right to serve in that body. Wilson was Canada's 1st woman U.N. delegate as well as its 1st Senator. She served in the latter post for 3 decades; no other woman was appointed to join her there for 23 years. Wilson (1885-1962) was known for supporting the rights of refugees, women, and children, Medicare, and reform of divorce laws.
(Prior February 15 posts are here and here.)