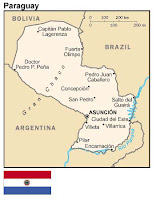 ... 1989 (20 years ago today), in Paraguay, "a violent coup" overthrew the 34-year dictatorship of General Alfredo Stroessner. "Within weeks," Human Rights Watch stated in its country report for that year, "Paraguay was transformed from one of the more repressive countries in Latin America to a much more open society 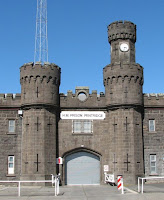 preparing busily for its first free and relatively fair elections in decades."

... 1967, in the nearly century-old Pentridge prison (right), convicted murderer Ronald Ryan was hanged at 8 a.m. "He is remembered as the last person to be judicially executed in Australia."
by Diane Marie Amann at 12:00 AM