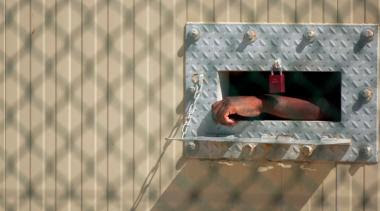 Yesterday the Obama Administration tossed overboard the "enemy combatant," a term that had become a definitional albatross many years before.
In their plainest sense, of course, the words "enemy combatant" refer to nothing more than the fighter on the other side of the frontline. To be an "E.C." is not in itself illegal; indeed, applicable law creates a space, called "armed conflict," within which much killing and violence is permitted. But post-9/11, an unfortunate phrase in an unfortunate U.S. Supreme Court decision, Quirin (1942), became the plank on which the Bush Administration had constructed a theory of plenary executive power to detain. Even as courts whittled that plank, they struggled with how to define "enemy combatant," as IntLawGrrl Beth Van Schaack detailed in a recent post.
And so yesterday the new administration abandoned E.C. in Respondents’ Memorandum Regarding the Government's Detention Authority Relative to Detainees Held at Guantanamo Bay, filed in consolidated detainee habeas cases pending in the U.S. District Court for the District of Columbia. It asserted:

The President has the authority to detain persons that the President determines planned, authorized, committed, or aided the terrorist attacks that occurred on September 11, 2001, and persons who harbored those responsible for those attacks.
The President also has the authority to detain persons who were part of, or substantially supported, Taliban or al-Qaida forces or associated forces that are engaged in hostilities against the United States or its coalition partners, including any person who has committed a belligerent act, or has directly supported hostilities, in aid of such enemy armed forces.

This Department of Justice filing centered on the Authorization for the Use of Military Force, a September 18, 2001, joint congressional resolution that Justices in Hamdi v. Rumsfeld (2004) maintained is sufficient authority for detention. Justice Sandra Day O'Connor's opinion for the plurality in Hamdi did reason that the "law of war" supported such a conclusion. So it's scant surprise that yesterday's Memorandum referred to "the AUMF and analogous principles from the law of war," and continued:

The filing is fraught with problems, among them the failures to point out in the citation that the quote above occurred in an opinion commanding just 4 votes, and to acknowledge anywhere in the Memorandum that the citation's initial source, Quirin, ought to give pause. (In Hamdi Justice Antonin Scalia, joined by Justice John Paul Stevens, wrote of Quirin: "The case was not this Court's finest hour.")
As I've explained at pages 2128-30 in my article entitled Abu Ghraib,

O'Connor (left) claimed too much by linking this kind of detention to the international law of armed conflict. At best, the phrase she quotes constitutes a statement of an idiosyncratic American law of war (if that -- the fact that Quirin came to the Court post-trial has always made it a less than apt precedent for these detention-without-charge cases). The separate opinion of Justices David H. Souter and Ruth Bader Ginsburg in Hamdi accurately observed (citations omitted):

[T]he Government obviously has not been treating him as a prisoner of war, and in fact the Government claims that no Taliban detainee is entitled to prisoner of war status. This treatment appears to be a violation of the Geneva Convention provision that even in cases of doubt, captives are entitled to be treated as prisoners of war "until such time as their status has been determined by a competent tribunal." The Government answers that the President's determination that Taliban detainees do not qualify as prisoners of war is conclusive as to Hamdi's status and removes any doubt that would trigger application of the Convention's tribunal requirement. But reliance on this categorical pronouncement to settle doubt is apparently at odds with the military regulation adopted to implement the Geneva Convention ... Thus, there is reason to question whether the United States is acting in accordance with the laws of war it claims as authority.

Additionally, to cite just 2 additional concerns (our colleague Deborah Pearlstein cites others in her Opinio Juris post), yesterday's Memorandum:
► omits mention of the 4th Geneva Convention, pertaining to security-based detention of "civilians" (a term that many legal commentators contend encompasses virtually everyone who is not a "prisoner of war" protected by the 3d Geneva Convention); and
► says nothing about when this conflict might end, nor whether it contemplates the eventual postconflict repatriation of detainees on which the authority to detain during conflict depends.
DOJ is to be commended for getting rid of the meaningless "E.C." term. It is to be commended too for noting in this filing that international law both exists and matters. But it is a shame that DOJ's lawyers still haven't figured out how correctly to integrate applicable international law in these inherently transnational cases.
by Diane Marie Amann at 2:46 AM