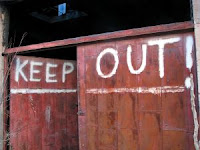 This week, a group of organizations ranging from the American-Arab Anti-Discrimination Committee to the United Methodist Church sent a letter to Attorney General Holder and Secretaries Clinton and Napolitano to demand an end to ideological exclusion in American immigration law and policy. I've blogged here and here about this practice and the lives it upends; the letter provides seven examples of foreign scholars, writers, and activists who have been denied entry to the United States for their political views, many critical of our government and its policies. One example is Dora Maria Tellez:

Professor Téllez was a leading figure in Nicaragua’s revolution against the brutal Somoza regime, and has served in her country as a government minister, political activist, and professor. She has also been a vocal critic of U.S. foreign policy. In 2004, she was appointed Robert F. Kennedy visiting professor in Latin American Studies at Harvard’s Divinity School and Rockefeller Center for Latin American Studies. When Professor Téllez attempted to enroll at a language class in California in preparation for that post, however, her student visa was denied on the ground that she had previously engaged in terrorist acts, despite the fact that she had been granted visas to enter the United States in the past.

While the authors of the letter recognize the government's interest in excluding non-citizens who pose a threat to national security, no such threat exists with regard to dozens of foreign intellectuals whose visas were denied by the Bush administration. You can sign an individual petition demanding an end to ideological exclusion here, courtesy of the ACLU.
by Jaya Ramji-Nogales at 6:34 AM