I've been reading through the habeas corpus case results in Guantánamo litigation in an effort to construct a framework for how the courts (as compared, where possible, to the Combatant Status Review Tribunals or the Administrative Review Boards) are defining enemy combatancy.
By way of background:
In the aftermath of the U.S. Supreme Court’s decision in Rasul v. Bush (2004) (holding that Guantánamo detainees had statutory rights to habeas corpus), lawyers representing Guantánamo detainees filed habeas petitions in the U.S. district courts of the District of Columbia.

Ultimately, no action was taken on these petitions, because the Detainee Treatment Act of 2005 (DTA) and the Military Commissions Act of 2006 (MCA) purported to strip the federal courts of habeas jurisdiction. (The Supreme Court in Hamdan v. Rumsfeld (2006) declined to apply the DTA retroactively to suspend jurisdiction only over pending habeas petitions; the MCA more explicitly denied habeas jurisdiction in all present and future cases). Once the Supreme Court decided Boumediene v. Bush (2008) (holding that Guantánamo detainees had constitutional rights to habeas corpus that could not be suspended by statute), brought by Lakhdar Boumediene (right) and other detainees, lawyers revived these petitions. So far, the district courts have adjudicated a dozen or so cases. Most decisions, but not all, have resulted in continued detention.

In these proceedings, the courts must determine — by a preponderance of the evidence — whether the continued detention of the individual is lawful. By the time the court decides the issue, it will have seen:
► the detainee's petition;
► the government's factual return (usually in two parts to accommodate classified information); and
► the petitioner's traverse (often in two parts as well).
Discovery is conducted throughout the process, but is often most intense following the revelation of factual return.

The government has generally argued that these individuals are 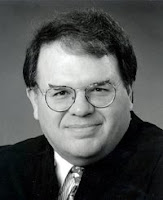 lawfully detained because they constitute “enemy combatants” who can be held pursuant to:
► the Authorization to Use Military Force, a joint resolution that Congress adopted a week to the day after the terrorist attacks of September 11, 2001; and
► the Commander-in-Chief provisions of Article II of the Constitution.
The definition of “enemy combatant” remains the subject of litigation. U.S. District Judge Richard Leon (left), for one, adopted the definition of “enemy combatant” set forth in the order establishing the Combatant Status Review Tribunals. See Boumediene v. Bush, 2008 U.S. Dist. Lexis 87133, at *6 (Oct. 27, 2008). This definition provides:

An “enemy combatant” is an individual who was part of or supporting Taliban or Al Qaeda forces, or associated forces that are engaged in hostilities against the United States or its coalition partners. This includes any person who has committed a belligerent act or has directly supported hostilities in aid of enemy armed forces.

The elements of this definition are:
► The individual was part of or supporting:
► Either:
► ► the Taliban,
► ► Al Qaeda or
► ► "associated forces" engaged in hostilities against the United States or its coalition partners.
Other judges (e.g., Judges John D. Bates, Thomas Hogan, and Gladys Kessler) have requested briefing on the issue from the parties.

The Obama administration has to date declined to “refine” the definition of enemy combatant, but has urged the courts to not address the question in the abstract before reaching the merits of individual petitions. See Hamlily v. Obama, Civil Action No. 05-763, Government’s Response to the Court’s Order of January 22, 2009 Regarding the Definition of Enemy Combatant at 2. This is a bizarre and untenable position, as any litigator will attest: How does one address the merits without knowing the operative standard? Not surprisingly, the courts have rejected this approach, but have solicitously given the government additional time to review the cases or to file their factual returns. See Hamlily v. Obama, Order (Feb. 11, 2009). Because Judge Leon has an operative definition of “enemy combatant,” his cases have progressed farther than the others. As a result, this survey is not yet representative.

The following factors have been gleaned from the existing case law. It is inherently incomplete in that much of the relevant evidence has been deemed classified

and, as such, is only obliquely discussed in the rulings. In these opinions, the courts have considered a number of factors to be relevant to whether the individual constitutes an enemy combatant. At the same time, the courts are looking at the totality of the circumstances, so it is difficult to glean which factors — standing alone — would be sufficient and which are mere makeweight arguments. The key factors are as follows:

► 2. So far, no cases have been adjudicated involving individuals exclusively engaged in combat prior to either 9/11 or 10/7. Courts have cited as relevant to determining enemy combatancy the fact that an individual "remained with his unit" post 9/11-10/7.

► 3. Unsurprisingly, individuals need not engage in combat per se to be qualified as an enemy combatant. Providing support (such as by being a kitchen aide) for a fighting force during this period has been deemed sufficient.

► 4. Indeed, noncombat “support” in the definition of enemy combatant has been broadly defined. Individuals who have assisted Al Qaeda outside of any situation of armed conflict (e.g., by being a courier outside of Afghanistan) have also been denied habeas relief. Even individuals who appear to have been given support (financial or logistical) by the Taliban or Al Qaeda (e.g., a stay at a guest house) have qualified as enemy combatants, even though there is no public evidence of them having provided support or undertaken any overt act in support of either group.

► 5. Attending a training camp run by either the Taliban or Al Qaeda is enough to establish enemy combatancy. This is true even where individuals never saw combat and, by their testimony, sought training with the intention of doing battle elsewhere.

► 6. The courts also cite mere affiliations with known Al Qaeda members as evidence of enemy combatancy. The government often presents evidence that the individual stayed at an al Qaeda- or Taliban-affiliated guest house where known enemy combatants stayed, for example. There is no case, however, based on such evidence alone.

Several of the cases that have proceeded early are somewhat easier cases, such as the Tora Bora cases. There are other cases in the pipeline whose facts are less clear-cut.
Stay tuned.
by Beth Van Schaack at 9:01 AM