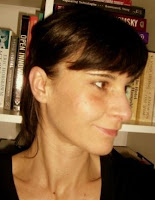 It is IntLawGrrls' great pleasure today to welcome Dr. Mira Burri (left) as a guest blogger.
Mira is a Senior Research Fellow at the World Trade Institute, an interdisciplinary research center in Bern, Switzerland, and is also an adjunct lecturer in international media law at the University of Bern. Since 2005, she has served as the Alternate Leader of the research project 'eDiversity: The Protection of Cultural Diversity in a Digital Networked Environment' (IP7), which is part of the umbrella project of NCCR Trade Regulation.
She received her law degree from the University of Sofia and a Master of Advanced European Studies from the European University Institute of the University of Basel. Her doctoral thesis, published in 2007, dealt with the electronic communications and competition law of the European Communities; it was awarded the Professor Walther Hug Prize for one of the best doctoral theses in law in Switzerland.
Prior to joining the eDiversity project, Mira was a research fellow at the University of Lucerne and contributed actively to establishing i-call, a research center on International Communications and Art Law in Lucerne. She is a member of the editorial board of the International Journal of Communications Law and Policy, of the Association of Internet Researchers, and of the Law and Society Association.
As her SSRN author page indicates, Mira's scholarship focuses on trade and culture. She is a co-editor of Intellectual Property and Traditional Cultural Expressions in a Digital Environment (2008), Free Trade versus Cultural Diversity: WTO Negotiations in the Field of Audiovisual Services (2004), and Digital Rights Management: The End of Collecting Societies? (2005).
In her guest post below, Mira draws upon her paper, entitled "Trade and Culture: Keep the Border Fuzzy, Please," to examine paths to (re)conciliation between global trade and culture.
She dedicates her post to Dr. Emilie Kempin-Spyri (below right), about whom Mira writes:

Emilie Kempin-Spyri (1853–1901) was the first Swiss woman to study law. She was also the first to become a professor in the German-speaking part of Europe and had

been a pioneer in promoting women’s rights. Thanks to her ardent efforts, in 1898 the law of Canton Zurich was amended to allow women to be admitted to the bar, despite the fact that they did not possess the right to vote at the time (this rule was implemented nationwide only in 1923).
Kempin-Spyrie has been credited with the formation and the success of the New York University's first woman's law class, held on October 30, 1890. Along with Mrs. Fanny B. Webber, Dr. Kempin also founded a legal aid society to assist the poor. Her influence on future generations of women in the legal profession, both as academics and as practitioners, is undoubtedly great and it is worth to pause a minute and think of her example.
Dr. Kempin was recently celebrated at the University of Zurich, where she had studied and taught, with the installation of an oversized chaise longue depicted below, made by the Swiss avant-garde artist Pipilotti Rist.

Today Kempin-Spyrie joins IntLawGrrls' other transnational foremothers in the list below our "visiting from..." map at right.
Heartfelt welcome! 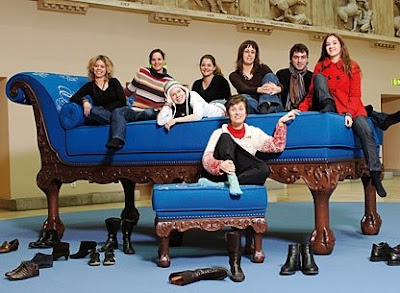