The Legal Assistance Center, a human rights organization in Namibia, currently represents approximately 10 HIV-positive women who have been forcibly sterilized in government hospitals. Lawyers working on the cases for LAC report that some of the women had no idea that doctors had performed the sterilization while they were undergoing Cesarean sections. Many of the women did not discover the sterilization until they reported back to the hospital for follow-up care or other services. Some women consented to the procedures, but did so under duress. Although there is on-going litigation at the domestic level, these cases may end up before the Committee that monitors the Convention on the Elimination of All Forms of Discrimination against Women at some point in the years to come.
Namibia ratified the Optional Protocol to CEDAW on May 26, 2000. In 2006, the CEDAW Committee decided a forced sterilization case brought by a Hungarian Roma woman who alleged that she had been sterilized without her informed consent. According to the Committee,

Before leaving the hospital the author asked the doctor for information on her state of health and when she could try to have another baby. It was only then that she learned the meaning of the word 'sterilization.' 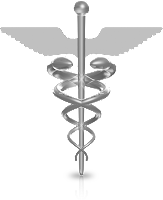 The Committee found that the government had violated Article 10(h) of CEDAW by failing to provide appropriate family planning information. The Committee also found that the lack of informed consent violated Articles 12 and 16, which – respectively – guarantee the right to non-discriminatory health care services and the right to decide freely and responsibly on the number and spacing of their children and to have access to the information, education and means to enable them to exercise these rights. In both cases, the women faced a pernicious form of discrimination based both on gender and HIV status or ethnicity.
Kudos to the Legal Assistance Center for taking this issue on!
by Johanna E. Bond at 12:02 AM