I've just come across a report on the role of intelligence agencies in the fight against terrorism filed last month by Prof. Martin Scheinin, U.N. Special Rapporteur on the promotion and protection of human rights while countering terrorism. His title's a mouthful and the mandate well more than a handful, but Prof. Scheinin nonetheless has pulled together a remarkable document. Apart from its legal analysis of the human rights implications of conferring broader powers on, an 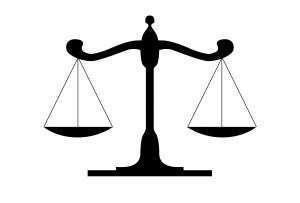 ample, the Special Rapporteur recommends the establishment of a specific and comprehensive legislative framework that defines the mandate of any intelligence agency and clarifies its special powers to ensure accountability, and notes that the Dutch have done just this by promulgating a law containing very detailed provisions governing each investigative technique that Dutch intelligence may use. Prof. Scheinin lauds the use of independent permanent offices (inspectors-general, judicial commissioners, and the like) to review intelligence agency compliance with human rights obligations, and notes that countries such as Canada and South Africa as well as several European countries have done so. He further notes the importance of a legislative oversight body that can hold the executive branch and its agencies accountable to the general public. As an example, the Special Rapporteur cites Norway, the mandate of whose parliamentary oversight body has:

an explicit human rights purpose, namely "to ascertain and prevent any exercise of injustice against any person" and to "ensure that activities are kept within the framework of statute law, administrative or military directives and non-statutory law". Furthermore, the parliamentary oversight committee is composed of seven members, who are appointed by Parliament but who don’t necessarily have political affiliations. In this way the committee cannot be abused for party political games, a high level of expertise is guaranteed and the credibility of the expert-members is assured. The members are supported by a secretariat of three lawyers and one secretary who all have security clearance. The members have the power to compel the production of evidence to the committee concerning all matters experienced in the course of their duties. In pursuing its duties, the committee has access to the archives and registers, premises, and installations of all branches of the executive and the intelligence agency.

There are of course many negative examples of worst human rights practices in intelligence agencies, and Prof. Scheinin does not shy away from naming names in that regard.
One of his final recommendations particularly hit home with me, as it's a suggestion I've made before with regards to the Department of Homeland Security, namely that

The report concludes by suggesting that the Human Rights Council create and adopt guidelines for human rights compliance and best practices by intelligence agencies, a development that would offer more concrete steps towards a promising balance between human rights and national security. Well worth a read!
Hat tip to John Necci, Director of the Temple Law Library
by Jaya Ramji-Nogales at 7:00 AM