Law alone is not enough: the global struggle for LGBT rights

Earlier this month I presented my article From Fretté to E.B.: The European Court of Human Rights on

Gay and Lesbian Adoption at the Global Arc of Justice, a conference convened by the Williams Institute, the International Lesbian and Gay Law Association, and the City of West Hollywood. In it, I examine the legal and social changes in the six years between the cases of Fretté v. France (2002) and E.B. v. France (2008) that allowed the European Court of Human Rights to reach its result in the E.B. case, that is, that it is impermissible

for member states to discriminate in the adoption process on the basis of sexual orientation. (Prior IntLawGrrls post.)
My take on the case is overwhelmingly positive. I suggest that the ECHR expanded the applicability of article 14 (the nondiscrimination provision of the Convention for the Protection of Human Rights and Fundamental Freedoms) to the point of holding France, a nonsignatory, to the equality standards of Protocol 12. I also posit that that by privileging the right to a private life free from discrimination over the national interest in protecting children, the ECHR reduced the deference given to States when it reviews State laws that have a discriminatory effect on gays and lesbians.
It turns out that in the case of Ms. E.B., a lesbian woman wishing to adopt, that even with such a strong statement by the ECHR behind her, the result may not change in her case. In early March, it was reported that Ms. E.B.’s application to adopt has again been denied. The relevant department insists that the denial has nothing to do with her sexual orientation. Instead, they claim it is about the undefined role Ms. E.B.’s pa 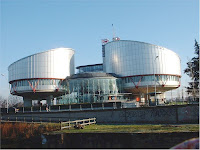 rtner plays in the plan to have a child. This was identified as an issue by the department during Ms. E.B.’s first application, and resultantly when on appeal in the Nancy Court, it was stated that the denial of her application to adopt had nothing to do with her “choice of lifestyle.” (see E.B. v. France, § 24). Similarities aside, whether Ms. E.B. will be successful in again challenging this determination remains to be seen.
This sad bit of news underscored for me that too often in the case of LGBT rights, advances in the courts don’t always translate to wins on the ground. As we know from the example of the United States, court decisions favoring same-sex couples are frequently met with a legislative backlash that undoes the work of the litigation.
In the closing plenary of the conference, Paula L. Ettelbrick, Executive Director of the International Gay and Lesbian Human Rights Commission, reminded the attorneys in attendance that our role as advocates in the global struggle for LGBT human rights is a complimentary one; legal changes must happen in conjunction with community-building and public education campaigns. I applaud her for this sentiment. While the law is of utmost importance and interest to me, as we see in the case of the struggle for LGBT rights, law alone is not enough.
Perhaps to state the obvious, the interplay of activism, media, and law is vital to creating change. Activism and media can shape attitudes and stop such brutal attacks as recently seen in Colombia, the United States, and South Africa, before they happen. Activists can also work to educate about

the rights of LGBT partnerships and parenting, so that individuals like Ms. E.B. don’t continue to be denied their rights under thinly veiled pretenses. Lawyers can pick up the pieces and work for change in the aftermath of such incidents – but they can also preemptively develop the soft law that is used symbolically by governments and activists alike, as in the example of the Yogyakarta Principles and the UN Statement on Human Rights, Sexual Orientation, and Gender Identity (which the U.S. just endorsed, about which IntLawGrrls has posted here and here).
Yet I think this concept is often not obvious, as those working on LGBT issues tend to operate in their specific sphere of expertise -- and think locally and regionally but rarely globally. This, to me, was the greatest value of the Global Arc of Justice conference. It brought together lawyers, judges, scholars, activists, and other interested people with an incredibly diverse set of perspectives and experiences, yet all with the common goal of LGBT equality. As I discovered, such a check-in with one another is a wonderful reminder that human rights work does not happen in a vacuum, and that such a meeting can be an incredible resource for developing more nuanced strategies to change our world.
If only it happened more than once every four years.
by Kathleen A. Doty at 6:03 AM