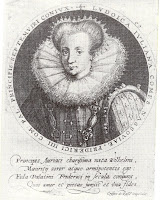 On this day in ...
... 1644, Louise Juliana (right) of Oranje-Nassau died at age 68 in Königsberg, a Baltic port city then in Bohemia and now known as Kaliningrad, Russia. (image credit) Following the death of her husband in 1610, the Dutch-born countess ruled for years, in the name of the couple's son, as the Regent of Bohemia. 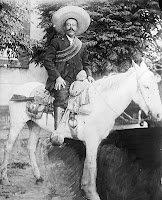 ... 1916, from headquarters in Fort Bliss, Texas, a "Punitive Expedition" comprising thousands of U.S. troops crossed into the Mexican state of Chihuahua with the aim of capturing Pancho Villa (left), leader of Mexico's guerrilla insurgency. Residents "seethed" at the U.S. presence. The mission ordered by President Woodrow Wilson was a failure, and troops withdrew in February of the next year.

(Prior March 15 posts are here and here.)