Someone give Kristof the U.N. Charter

President Obama could also announce that from now on, when Sudan violates the U.N. ban on offensive military flights in Darfur by bombing villagers, we will afterward destroy a Sudanese military aircraft on the ground in Darfur (we can do this from our base in Djibouti in the Horn of Africa).

Huh?
Kristof deserves credit for his columns, which repeatedly pique public consciousness -- and consciences -- about human rights violations in the 3d World and, on occasion, here at home. But paragraphs like that quoted above sap his efforts.
As all international lawyers know, for a country to enter another's air space and destroys its property likely violate the pledge, contained in Article 2(4) of the U.N. Charter, that it shall

refrain in [its] international relations from the threat or use of force against the territorial integrity or political independence of any state, or in any other manner inconsistent with the Purposes of the United Nations. 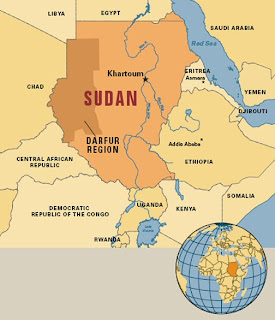 The Charter expressly exempts from this ban uses of force that:
► qualify as individual or collective self-defense meeting all requirements of Article 51 of the Charter (requirements that guest/alumna Valerie Epps analyzed in her recent post); or
► are sanctioned by the U.N. Security Council pursuant to Chapter VII of the Charter.
Neither exception would cover the scenario that Kristof proposes:
► Self-defense does not apply for the simple reason that Darfur is not a U.N. member state; it represents yet another tragic example of a state attacking its own populace.
► There seems almost no chance that all 5 permanent members of the Security Council would vote to authorize the use of force.
One presumes that Kristof -- or whoever suggested this scenario to him -- is operating on the assumption that such a U.S. military foray could be justified as an exercise of humanitarian intervention or its younger sibling, responsibility to protect. Put to one side the fact that just because a state can do something does not mean that it should. Put to one side as well the fact that taking out a Sudanese military jet seems far more like old-fashioned reprisal than an act promising to advance a humanitarian goal. The core legal problem is that no international law -- no customary norm, no treaty provision -- allows either humanitarian intervention or intervention in service of a responsibility to protect. Even commentators favorable to articulation of such a law often limit its scope to genocide, and, rightly or not, both a U.N. Commission of Inquiry and a panel of the International Criminal Court have refused to label the horrors in Darfur genocide.
There seems little doubt that other international offenses -- crimes against humanity and war crimes -- have occurred in Darfur. (map credit) No doubt, then, that the crisis in Darfur deserves all our best efforts. That's why the 1st venture of our California International Law Center at King Hall, UC Davis School of Law, is to partner with the Robert F. Kennedy Center for Justice & Human Rights to craft a framework for peace and reconciliation in that troubled region of Sudan. (See here and here.)
But those who argue for unauthorized military strikes do not make use of best efforts.
Rather than urge yet another American President to order unilateral military action, humanitarians ought to push for collective solutions achieved within the bounds of law.
by Diane Marie Amann at 6:01 AM

Do you believe that Obama's cross-border use of Predator drones to attack terrorists in Pakistan qualifies as aggression? If you don't, what is the (legal) difference between such attacks and cross-border attacks on Sudanese military aircraft?

Super question, Kevin.
In the latter case there are arguments thst the United States acts in self-defense and/or pursuant to an armed conflict that has won some sanction from the Security Council. One may ultimately determine that neither argument is valid, of course, but as advanced both arguments cor/respond far more to the existing, Charter-based use of force framework than does the Kristof scenario.
That is not to say that either represents the preferred path. Both partake more of the "Kosovo Precedent" -- of the hope for an eventual global judgment of "not legal but legitimate." That post-Kosovo phrase gave legal fodder for promoters of the 2003 Iraq invasion, an action that was marred from the onset by absence of collective support.
Working collectively is maddening, and often a failure. It permits the prolongation of horrors in Darfur, in the DRC, and elsewhere. But there is little guarantee that unilateral military strikes against Sudean, a state that possesses some global support (hence the Security Council stalemate), will succeed in advancing the agenda for peace or for the rule of law.

Thanks for the response. I wonder, though, whether the two situations can be convincingly distinguished in terms of self-defense/Security Council sanction. After all, the Security Council invoked its Chapter VII authority in Resolution 1593, having concluded that "the situation in Sudan continues to constitute a threat to international peace and security."

I agree that unilateral military strikes against Sudan may well be counterproductive. But I'm still not sure whether they would constitute acts of aggression.

In reading through The Torture Papers, I noticed that the OLC determined that under the Taliban, Afganistan was a failed state.

If you accept the OLC reading, I think the rules change, and the Taliban become a militia.

(There's a case to be made that we destroyed the Islamic Courts in Somalia so that we could conduct the kinds of military operations we are now.)

In any event, that failed state nonsense won't won't fly with Sudan.

And a unilateral military strike against Sudan will surely start another fire in the region.

With the NGO's having been evicted, it's hard to imagine a dumber thing to do.

Kristof is playing with fire. but then, he has an American passport already, so he's safe.