In full, here is the text of the Decenber 18, 2008, Statement on Human Rights, Sexual Orientation and Gender Identity supported by 67 nation-states -- including, as of yesterday, the United States, as detailed in IntLawGrrls' post above:

► 1 - We reaffirm the principle of universality of human rights, as enshrined in the Universal Declaration of Human Rights whose 60th anniversary is celebrated this year, Article 1 of which proclaims that “all human beings are born free and equal in dignity and rights”;
► 2 - We reaffirm that everyone is entitled to the enjoyment of human rights without distinction of any kind, such as race, colour, sex, language, religion, political or other opinion, national or social origin, property, birth or other status, as set out in Article 2 of the Universal Declaration of Human Rights and Article 2 of the International Covenants on Civil and Political, Economic, Social and Cultural Rights, as well as in article 26 of the International Covenant on Civil and Political Rights;
► 3 - We reaffirm the principle of non-discrimination which requires that human rights apply equally to every human being regardless of sexual orientation or gender identity; 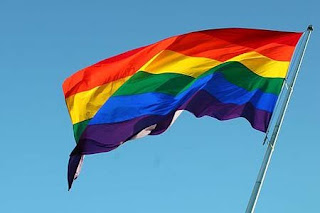