My warm thanks to IntLawGrrls for inviting me to contribute a guest post. It is a splendid initiative to report on relevant international law topics from a female perspective (and I do love the pink background).

Having the IntLawGrrls’ floor, I would like to share some ideas stemming from my current research, which focuses on the relationship between trade and cultural norms at the international level, taking into particular account the impact of digital media. As a sort of a broader research agenda on the theme, I published an article in the Journal of International Economic Law. But lately, I have also been trying, in my paper entitled "Trade and Culture: Keep the Border Fuzzy, Please," to go a step further and discuss the fuzzy borders between trade and culture, and whether and how we could manage them in the contemporary media environment.
The pair “trade and culture” can be singled out and deservedly labelled as unique in the “trade and …” discourse. The reasons for this exceptional quality lie in three points:
► The first is the intensity of the relationship, which is indeed most often framed as “trade versus culture,” and has been a significant stumbling block, especially as regards audiovisual services during the Uruguay Round of negotiations of the World Trade Organization (logo above left) and subsequently.
► The second specificity of the relationship is that the international community has organised its efforts in a rather effective manner to offset the lack of satisfying solutions within the WTO framework. The 2001 Universal Declaration on Cultural Diversity, adopted under the auspices of UNESCO, the United Nations Educational, Scientific and Cultural Organization (logo below right), and the legally binding UNESCO Convention on the Protection and Promotion of the Diversity of Cultural Expressions, came into force two years ago this month, are clear signs of the potency of the international endeavour, on the one hand, and of the (almost desperate) desire to contest the existing WTO norms in the field of trade and culture, on the other.
►A third distinctive characteristic of the relationship between trade and culture -- one that is rarely mentioned and blissfully ignored in any Geneva or Paris talks -- is that while the pro-trade and pro-culture opponents have been digging deeper into their respective trenches, the environment in which trade and cultural issues are to be regulated has radically changed. The emergence and wide spread of digital technologies have modified profoundly the conditions for cultural content creation, distribution and access, and have rendered some of the associated market failures obsolete, thus mitigating to a substantial degree the “clashing” nature of trade and culture. Under the conditions of the digital media space, any trade restriction may in fact be 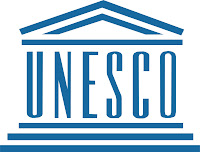 counterproductive to a thriving cultural environment, and the focus on “trade versus culture,” especially in the classical context of audiovisual services, may be too narrow and thus fail to recognise the augmented significance of other regulatory domains (such as intellectual property).
In this sense, there is a pressing need to re-evaluate the existing tools of media regulation, including those targeted at the protection and promotion of cultural diversity. Such regulatory experiments would certainly unfold first at the domestic level; however, paradoxical as it may sound, it could be that the WTO offers better solutions than UNESCO when these matters are to be taken up at the international level.
by Mira Burri at 6:02 AM