(We welcome IntLawGrrl guest/alumna Valerie Oosterveld back for a guest post on the Special Court for Sierra Leone. Valerie, in turn, extends her thanks for the invitation to contribute to the blog.)

Today, Trial Chamber I of the Special Court for Sierra Leone imposed upon Issa Hassan Sesay, Morris Kallon and Augustine Gbao sentences of 52, 40 years, and 25 years of imprisonment, respectively, in the Revolutionary United Front case.
This sentencing followed the February 25th oral trial judgment, which convicted Sesay and Kallon of 16 of 18 counts and Gbao of 14 of 18 counts of crimes against humanity and war crimes, and the March 2nd release of the written trial judgment. My previous guest post, on the rulings of conviction, is here.
All of the accused were convicted of gender-based crimes against humanity, namely rape, sexual slavery and inhumane acts (forced marriage). They were also convicted of the war crime of outrages upon personal dignity.
The judgment – some 824 pages in total – outlines a number of brutal gender-based acts, some committed by children, such as rape and sexual mutilation, forced nudity and forced marriage. As well, the judgment recounts eviden 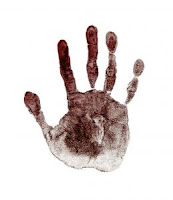 ce of civilian men being forced to rape civilian women on orders of the RUF. In one case, a couple was forced to have sexual intercourse in public and in view of their 10-year-old daughter. The daughter was then forced to wash her father’s penis (paras. 1205, 1302, 1304). The judgment refers to RUF orders for men and women to be separated, so that each group could be violated in different gender-specific ways. For example, sometimes men and boys were specifically targeted to have “RUF” carved in the flesh of their backs or arms, while women and girls were targeted for forced marriage.
Here are two examples of gender-based acts recounted in the trial judgment:
► In 1998, witness TF1-195 was captured in the bush by the RUF. One ordered her to undress and he raped her as two men watched. These two then also took turns raping her. TF1-195 was forced to join a group of captured civilians. The female civilians were divided into two groups: young girls (believed to be virgins) and older women (this group included TF1-195). The older women were told to undress and were raped, and TF1-195 also had a stick inserted into her vagina. As a result of this mistreatment, she has suffered five years of physical pain (paras. 1180-1181, 1185).
► Also in 1998, witness TF1-016 and her 11-year-old daughter were captured by RUF rebels and assigned as “wives”. TF1-061 was assigned to Kotor, for whom she had to perform domestic chores: cooking, washing clothes, cleaning house and pounding rice. Kotor also forced her to have sex with him on a daily basis. Kotor held her captive for one year and three months (paras. 1209, 1211-1213).
The judgment analyzes the crimes against humanity of rape, sexual slavery and other

inhumane acts (forced marriage) and the war crime of outrages upon personal dignity. There is no single international approach to defining the elements of crime for rape. The RUF judgment follows both the approach set out in the International Criminal Court’s Elements of Crimes document and the approach incorporating direct reference to non-consent (along the lines of the International Criminal Tribunal for the Former Yugoslavia in Kunarac et al.), while also stressing the coercive circumstances prevailing in cases involving armed conflict (paras. 143-151).
The Trial Chamber referred to the importance of specifically naming sexual slavery as a prohibited act, in order to

draw attention to serious crimes that have been historically overlooked and to recognize the particular nature of sexual violence that has been used, often with impunity, as a tactic of war to humiliate, dominate and instill fear in victims, their families and communities during an armed conflict (para. 156).

The Trial Chamber’s elements of crimes focus on the exercise of powers attaching to the right of ownership and emphasize that “the lack of consent of the victim to the enslavement or to the sexual acts is not an element to be proved by the Prosecution” (paras. 158-163).
With respect to forced marriage, the Chamber found that the choice of the term “wife” by the RUF was deliberate and strategic, “with the aim of enslaving and psychologically manipulating the women and with the purpose of treating them like possessions” (para. 1466). In Koidu and Wendedu, for example, the Trial Chamber identified a consistent pattern of conduct: women were “married” against their will, forced to engage in sexual intercourse and perform domestic chores, and were unable to leave their “husbands” for fear of violent retribution (para. 1293). The Trial Chamber defined the actus reus of forced marriage as the imposition of a forced conjugal association, and indicated that this association carries with it lasting social stigma which hampers the recovery and reintegration into society of those made into “wives”. This suffering is in addition to the physical injuries suffered by these “wives” through rape (paras. 1295-1296).
For its analysis of the war crime of outrages upon personal dignity, the Trial Chamber took a similar approach to the International Criminal Court’s Elements of Crimes document and the ICTY's Kunarac et al. judgments (paras. 175-177).
The accused argued that the RUF indictment was fatally flawed in certain ways. For example, following the approach in the Prosecutor v. Brima, Kamara and Kanu (Armed Forces Revolutionary Council or AFRC) trial judgment, Kallon argued that the charge of “sexual slavery and any other form of sexual

violence” (Count 7) violated the rule against multiplicity, duplicity or vagueness (para. 456). The Trial Chamber agreed, but followed the remedy prescribed in the AFRC Appeals Judgment, which was to strike out the charge of “any other form of sexual violence” and proceed to consider only the charge of sexual slavery (para. 458). Kallon also argued that evidence of “any other form of sexual violence” should not be able to be considered under Count 9, the war crime of outrages upon personal dignity. The Trial Chamber opined that conduct which constitutes “any other form of sexual violence” could still be considered as the basis for charges of “outrages upon personal dignity” (para. 469).
Sesay argued that the crime of forced marriage had been defectively pleaded because the Prosecutor had initially characterized forced marriage as a sexual crime and later characterized it as a crime not predominantly sexual in nature (para. 466). The Trial Chamber noted that, while the prosecution may have caused some confusion by its initial characterization of forced marriage as a sexual crime, the material facts underlying the offence were sufficiently pleaded (para. 467).
In sum, the trial judgment captures the wide-ranging nature of gender-based violence committed by the RUF during the Sierra Leonean conflict. It is the first judgment of an international or internationalized criminal tribunal to convict individuals for the crime against humanity of forced marriage (under the category of inhumane acts). The International Criminal Court’s Lubanga case has heard quite a bit of testimony to date relating to forced marriage. While, in that case, the evidence of forced marriage is being put forward by the Prosecutor to support charges related to the recruitment and use of child soldiers, the RUF trial judgment, coupled with the Special Court’s earlier appeals judgment in the AFRC case, can provide a helpful contextual approach in which to evaluate those charges. The RUF judgment should also be helpful to the analysis of forced marriage under Cambodia’s Khmer Rouge, about which IntLawGrrl Jaya Ramji-Nogales has blogged here.
by Valerie Oosterveld at 7:00 AM