On this day in ...
... 1961, in Casablanca, Morocco, national liberation groups in lusophone Africa (map credit) -- Angola, Cape Verde, Guinea-Bissau, Mozambique, and São Tomé and Príncipe -- joined together to form tThe Conference of Nationalist Organizations of the Portuguese Colonies, or CONCP. This a common front in opposition to Portuguese rule disbanded in the mid-1970s as the affected colonies won independence.
... 1988, a 3-judge Israeli court found John Demjanjuk guilty of war crimes that it ruled he had committed while a prison guard for the Nazis at the Treblinka death camp in Poland during World War II. (Prior IntLawGrrls post.) The capital case against the Ukraine-born man said once to have been known as "Ivan the Terrible" eventually was thrown out for lack of sufficient evidence, and the defendant then returned to the United States, where he'd worked in an Ohio car factory before retirement and before his 1986 extradition 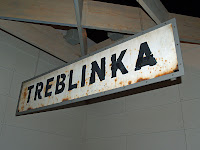 to Israel. Proceedings against him did not end, however; early in this month a U.S. immigration judge stayed a deportation order that if executed would result in the transport of Demjanjuk, now 89 years old, to Germany to face possible prosecution. Then, this Tuesday, the U.S. Court of Appeals for the Sixth Circuit issued an emergency stay pending review of Demjanjuk's challenge to transfer on grounds that he is too ill. (David Shankbone photo credit)