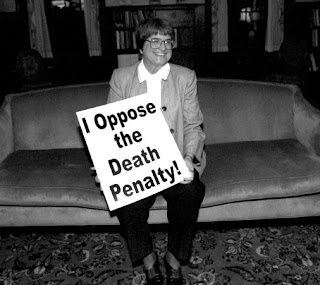 On this day in ...
... 1939 (70 years ago today), Helen Prejean (left) was born in Baton Rouge, Louisiana. Having joined the Order of St. Joseph of Medaille in 1957, Sister Helen taught Catholic high school students for many years. In 1981, she dedicated herself to helping New Orleans' poor people, and began corresponding with a man sentenced to die in the electric chair of Louisiana's Angola State Prison. She wrote in Dead Man Walking: An Eyewitness Account of the Death Penalty in the United States (1994) of her work as his spiritual advisor through to his execution; the book later was adapted into a Hollywood film and a San Francisco opera. Sister Helen continues to advocate for the abolition of capital punishment.
... 1649 (360 years ago today), colonial legislators passed the Maryland Toleration Act, which guaranteed freedom of worship to all Christians.