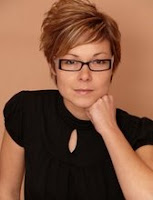 Am honored to announce the appointment of IntLawGrrl Kathleen Doty (left) as the inaugural Fellow of the California International Law Center at King Hall (CILC), University of California, Davis, School of Law.
Author of yesterday's post on the California Supreme Court's ruling on Proposition 8, as well as other posts concentrating on human rights and global health policy, Kathleen will begin her fellowship this fall after finishing her clerkship with a judge on the Hawai`i Intermediate Court of Appeals.
As the CILC Fellow she will give invaluable scholarly and administrative help to the Center, launched this past February with yours truly as founding Director (prior posts). CILC aims to foster the work of California-Davis faculty, students, and alumni in international, comparative, and transnational law, through speakers’ series and conferences, curricular and career development. Key components are our partnerships, among them our Darfur Project undertaken with the Robert F. Kennedy Center for Justice and Human Rights.
Kathleen is eminently qualified for the position, having excelled in international legal studies while in law school. In 2008, the same year she earned her J.D. from California-Davis, she:
► served as both coach and advocate for the Jessup International Moot Court Team, which advanced to international rounds in Washington, D.C.; and
► was honored as 1st runner-up in the National Lesbian and Gay Law Association Michael Greenberg Student Writing Competition for an article just published as From Fretté to E.B.: The European Court of Human Rights on Gay and Lesbian Adoption, 18 Law & Sexuality 121 (2009), at "Global Arc of Justice: Sexual Orientation Law Around the World," a conference convened by the Williams Institute at UCLA School of Law and the International Lesbian and Gay Law Association.
She was graduated cum laude from Smith College with a major in Latin American Studies and a minor in Film Studies. Fluent in Spanish and proficient in French, she worked with community organizations in the Hispanic and French Caribbean, and studied abroad at La Universidad de la Habana in Cuba. She is a founding member of the