Read On! Interesting New Book on the Transatlantic GMO Debate 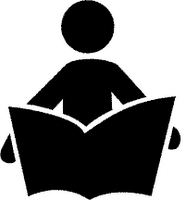 Oxford University Press just published an interesting new book: When Cooperation Fails: The International Law and Politics of Genetically Modified Foods by Gregory C. Shaffer and Mark A. Pollack.
I will review the book after I have read it. For now, I will just whet your appetite with OUP's description of the book:

The transatlantic dispute over genetically modified organisms (GMOs) has brought into conflict the United States and the European Union, two long-time allies and economically interdependent democracies with a long record of successful cooperation. Yet the dispute - pitting a largely acceptant US against an EU deeply suspicious of GMOs - has developed into one of the most bitter and intractable transatlantic and global conflicts, resisting efforts at negotiated resolution and resulting in a bitterly contested legal battle before the World Trade Organization.

Professors Pollack and Shaffer investigate the obstacles to reconciling regulatory differences among nations through international cooperation, through the lens of the GMO dispute. The book addresses the dynamic interactions of domestic law and politics, transnational networks, international regimes, and global markets, through a theoretically grounded and empirically comprehensive analysis of the governance of GM foods and crops. They demonstrate that the deeply politicized, entrenched and path-dependent nature of the regulation of GMOs in the US and the EU has fundamentally shaped negotiations and decision-making at the international level, limiting the prospects for deliberation and providing incentives for both sides to engage in hard bargaining and to "shop" for favorable international forums. They then assess the impacts, and the limits, of international pressures on domestic US and European law, politics and business practice, which have remained strikingly resistant to change. International cooperation in areas like GMO regulation, the authors conclude, must overcome multiple obstacles, legal and political, domestic and international. Any effective response to this persistent dispute, they argue, must recognize both the obstacles to successful cooperation, and the options that remain for each side when cooperation fails.