On this day in ...
... 1943, the head of the British delegation set to take part in an upcoming U.N. conference on food and agriculture, spoke to reporters of Britain's hope that the conference would result in a postwar structure for food security throughout the world. He said he hoped to make "Freedom from want," 1 of the 4 Freedoms articulated by U.S. President Franklin D. Roosevelt in a 1941 speech, a reality; specifically, the diplomat said,

'to insure to all mankind a supply of food which is secure, adequate, and suitable, and an adequate supply of those other things, clothing, shelter, and so on, which are essential to a civilized life.'

Although the conference in Hot Springs, Virginia, would eventually lead to establishment of the Food and Agriculture Organization (logo above right), goals of global security of food and other aspects of human security remain unrealized. 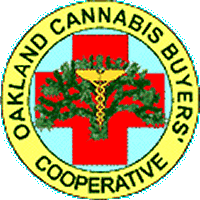 ... 2005, in United States v. Oakland Cannabis Buyers' Cooperative, the U.S. Supreme Court unanimously rejected the claim of a California medical marijuana distribution group that it was exempted, by reason of medical necessity, from federal drug laws. The Court held that the U.S. Controlled Substances Act, which makes manufacture and distribution of marijuana of crime, applied without exception.
(Prior May 14 posts are here and here.)
by Diane Marie Amann at 6:00 AM