On this day in ...
... 2004 (5 years ago today), Massachusetts became the 1st state in the United States to legalize same-sex marriage. The New York Times' story began: 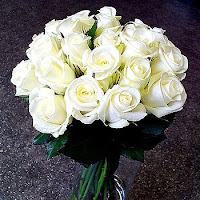 Hundreds of gay and lesbian couples streamed into city halls from Boston to the Berkshires on Monday as Massachusetts became the first state to allow same-sex marriages.
Weddings were held on a hill overlooking a park, in churches and synagogues, in the shoebox quarters of justices of the peace, and on a Christmas tree farm with peacocks, pigs, turkeys and Icelandic sheep nearby.

States today permitting such marriages are Connecticut, Vermont, Iowa, and Maine -- making the issue a likely grilling-point for the next Supreme Court nominee, as the Washington Post reports in today's paper:

California, as we've posted, has gone there and, for now at least, back again. 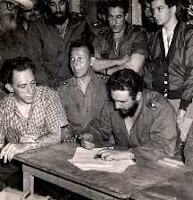 ... 1959 (50 years ago today), "at a televised ceremony in the Sierra Maestra," Fidel Castro, who in February had been appointed Prime Minister of Cuba, announced an agrarian reform law that resulted in massive redistribution of large landholdings. "The declaration of agrarian reform," according to a political science text, "began the revolutionary transformation of Cuba's economy and, as a consequence, of Cuban society." (credit for Cuban government photo of Castro signing the new law)
(Prior May 17 posts are here and here)
by Diane Marie Amann at 6:01 AM