On this day in ...
... 1918, No. 1 Canadian Hospital, Canadian Army Medical Corps, in Étaples, France, was bombed by German airplanes. As a result of the air raid 25-year-old Katherine Maude MacDonald became the first Canadian nurse to die in action, during World War I. MacDonald (right) had graduated from the nursing school at Victoria Hospital in London, Ontario, and worked for as a private nurse before traveling to England to become a military nurse. (photo credit) She would receive a military funeral, burial in Étaples Military Cemetery, and posthumous award of the British War Medal and the Victory Medal. 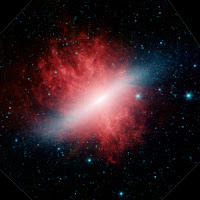 ... 1967, the Soviet Union ratified a treaty banning nuclear weapons in outer space. The Soviet Union, the United States, and Britain had signed what's commonly called the Outer Space Treaty -- known in full as the Treaty on Principles Governing the Activities of States in the Exploration and Use of Outer Space, Including the Moon and Other Celestial Bodies -- in Moscow on January 27th of the same year. The U.S. Senate had approved it 88-0 in April; in full, 79 states had signed the treaty in interim months. Entry into force awaited ratification by Britain and 2 additional states. That would occur on October 10, 1967. (photo credit)