The Gender Dimensions of the Financial Crisis 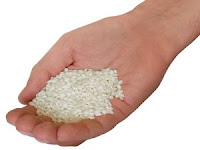 As reported in the Economist, the United Nations Standing Committee on Nutrition has released a short report on the financial crisis' impact on global nutrition. The news is grim: the number of people living in extreme poverty increased by over 130 million globally between 2005 and 2008 and is expected to increase by 53 million more in 2009. Food prices rose dramatically in response to the financial crisis, such that the work needed to feed a family of five increased by 10 to 20% in 2008 -- that's an additional 10 hours per week or more for breadwinners who may already be working 12 hours a day, 7 days a week. Combined with increasing unemployment, meaning a larger family to support, it has become nearly impossible for many families to meet basic subsistence needs.
So, between 2003-2005 and 2007, 75 million people were pushed into hunger, the most rapid rate since records of world hunger started; estimates suggest that an additional 40 million people wer

e pushed into hunger in 2008. In some regions, food expenditures may now constitute 60% of household income. Poor households respond by cutting back on "first the diversity and quality, and then the quantity and safety of diets" -- with mothers normally the first to sacrifice their nutritional needs. If these mothers are pregnant, undernutrition will increase maternal and child mortality, and cause irreversible damage to their children's health, including stunting, wasting, behavioral problems, and high blood pressure and heart disease.
The Standing Committee recommends that states respond to the financial crisis with cash transfers and social services for the poor, including nutrition supplements for mothers and young children and treatment of severe acute malnutrition, as well as nutrition education programs for pregnant and lactating women linked to local food production. The report concludes:

maternal and child undernutrition indicators should be among the principal evaluative yard sticks for measuring the success of government led efforts to contain the negative impact of the financial crisis. This is especially true where new funding efforts are concerned, such as the World Bank proposed Vulnerability Fund, which should give special priority to funding these nutrition actions as essential elements of social protection programmes aimed at [mitigating the] effects of the financial crisis. . .