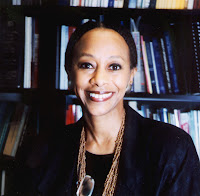 It's IntLawGrrls' immense honor to welcome Gay McDougall (right), the United Nations' Independent Expert on Minorities, as today's guest blogger.
Gay was appointed to serve in that post for a 6-year term in 2005. From 2006 until 2008, she also held an appointment as Distinguished Scholar in Residence at the Washington College of Law, American University, Washington, D.C. (home institution of IntLawGrrls). From 1994 to 2006, Gay was the Executive Director of the human rights advocacy group Global Rights, leading the development and implementation of programs in Africa, Asia, Eastern Europe and the Americas.
Gay was the 1st American to serve on the Committee on the Elimination of Racial Discrimination (CERD), the U.N. treaty body that oversees the International Convention on the Elimination of all Forms of Racial Discrimination. While in that position, she drafted and sponsored for adoption General Recommendation No. 25: Gender related dimensions of racial discrimination. From 1997 to 2000 she was a member of the U.N. Sub-Commission on the Promotion and Protection of Human Rights, and was U.N. Special Rapporteur on the issue of systematic rape, sexual slavery, and slavery-like practices in armed conflict. In the latter capacity she presented to the United Nations a then-groundbreaking study that called for international legal standards for the prosecution of acts of systematic rape and sexual slavery committed during armed conflict.
In 1994, she was appointed the only American member of the 16-member 1994 Electoral Commission of South Africa, which organized the process that resulted in the election of President Nelson Mandela. For the previous 14 years, she'd worked with South African lawyers for the release of thousands of political prisoners. Gay also founded the Commission on Independent Elections that monitored Namibia’s transition to democracy.
Gay earned her J.D. from Yale Law School in 1972 and her LL.M. from the London School of Economics and Political Science in 1978. She holds honorary Doctor of Laws degrees from Georgetown University Law Center and the City University of New York Law School.
Among her many honors is a 1999 MacArthur Foundation Fellowship, awarded on account of what the foundation called her “innovative” work in international human rights.
In her guest post below, Gay discusses her work as the United Nations' expert on minorities, about which IntLawGrrls earlier posted here, here, and here.
Heartfelt welcome!
by Diane Marie Amann at 6:05 AM