Guns: The Kind of Trade Nobody Wants 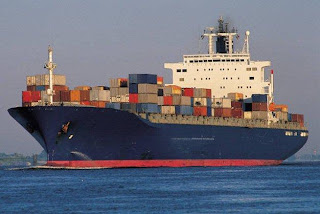 Although we hardly talk about this issue in business circles, there is at least one area of trade between the U.S. and the Caribbean that is thriving: The trade in illicit arms. The problem made front page news recently when Mexico's drug war spilled out into U.S. territory. The cartels, fighting for dominance in the lucrative drug trade, are killing off anyone that gets in the way - -including police officers, lawyers and judges. Their reign of terror is supported by a seemingly unlimited supply of AK 47s and other "cop killer" arms that are de rigueur for drug lord wannabes. Mexican gun control laws are quite strict, thus almost all of the weapons are imported from the United States. But now that the Bureau of Alcohol, Tobacco, Firearms & Explosives (ATF) has turned its attention to choking off that trade, entreprenuerial arms dealers are setting their sights elsewhere. Jamaica has become the new destination of choice for U.S. arms.
The guns stream into Jamaican ports tucked away in shipping containers storing legitimate cargo. They even

tually make their way into the hands of Jamaican gang members who use them to terrorize and threaten the local population. Jamaican offiicals confiscate about 1,000 firearms a year, nearly 80 % of which are U.S. origin. Indeed, in 2007, Jamaican police confiscated one of their biggest prizes to date--a .45 colt pistol registered to the U.S. army. "We are at a loss for this one," admitted a Jamaican police official when asked to comment on how a U.S. army pistol found its way onto Jamaican shores.
The cost of the gun trade on the Jamaican people is nearly unbearable. Shortly after being robbed at gunpoint, one man poignantly wrote of these costs:

You can go into any inner-city community and beg, borrow or buy a gun. I overheard a group of children talking one day and they were knowledgable about the guns. They knew them by name. They could identify them by their sounds. It was frightening. These were children of war.

The network of guns-for-drugs traders is a sophisticated one that spans from the United States all the way to Central and South America -- with pit stops in Caribbean countries like Jamaica and Haiti. While some might argue gun running is a problem for domestic law enforcement, the 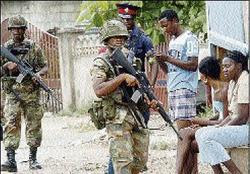 Jamaican example demonstrates why this is also a trade concern. How do these guns make their way through these diverse countries? How do they end up in Jamaica's customs territory? Cargo manifest forms must be falsfied. Customs and other trade officials must be bribed. And the problems rest not just with Jamaican officials, but U.S. ones as well. If it is that easy for U.S. exporters to send arms into Jamaica, then our export control mechanisms are clearly inadequate. It does not bode well for our efforts to prevent sensitive U.S. technologies (both firearms and otherwise) from making their way into the hands of our enemies.
To effectively deal with the runaway gun problem, both the United States and its export partners must begin to address the issue in part as a trade problem. U.S. officials must go after the exporters; and we must also work with countries like Jamaica to strengthen their Customs capacity. Jamaican officials need the latest detection technology, faster boats, more training of personnel -- and of course will and determination 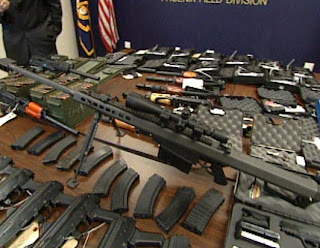 -- to succeed against the gun runners. Currently, Jamaican Customs officials have confiscated just 100 guns coming into ports in the last five years. This number is simply inadequate.
Guns and the Second Amendment are hot-button issues in U.S. politics, to be sure. But we are not talking about domestic consumption. Our guns are leaking out into the wider world and causing havoc in communities ill-equipped to deal with it. It is time for us to act. We have an obligation to act.

THANK YOU, for posting on this important issue, Marjorie! This brutal and cynical trade destroys so many lives at home and abroad...Peace, Hope

Hope, I completely agree. And I think we need to do far more to address the problem. Enough is enough!