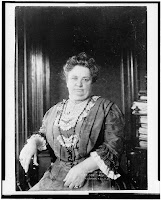 ... 1892, Wyoming alternate delegates Theresa A. Jenkins and Cora Carleton attended the GOP National Convention, marking the 1st time women held an official position at the convention of either major political party. The convention also featured a speech by attorney and temperance advocate J. Ellen Foster (right), President of the Women's National Republican Association, an Iowa-born political operative who "masterminded the Republican vote-getting operation in parts of New York City." (photo credit) Two years earlier, Foster and her contemporaries had been featured in Women Lawyers in the United States, an article published by attorney Lelia J. Robinson in the 1st iteration of The Green Bag, a U.S. law journal that was revived several years ago. 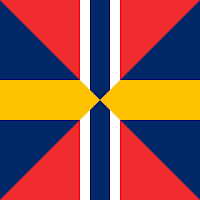 ... 1905, Sweden's Parliament unanimously declared the dissolution of the union with Norway that had been in effect since the conclusion in 1814 of the Convention of Moss. The dissolution would become mutual in October, when each country became an independent kingdom. (credit for image of diplomatic flag of Sweden-Norway union)