Pre-Trial Detention before the ECCC: The Continuing Saga

We've posted before about the norm of pre-trial detention before the Extraordinary Chambers in the Courts of Cambodia. This week, the ECCC issued another important ruling in this regard in response to a motion by Kaing Guek Eav, a.k.a. Duch (left), for release. Prosecutor v. Kaing Guek Eav alias “Duch”, Case File No. 001/18-07-2007/ECCC/TC, Decision on Request for Release (June 15, 2009) (“Duch Detention Ruling”).
Duch had argued that his provisional detention by the ECCC was unlawful, because it exceeded the ECCC's Statute and Cambodian Code of Criminal Procedure, which allow for a maximum of three years’ pre-trial detention. Duch was taken into military 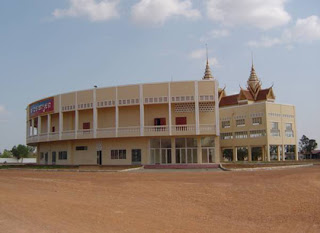 custody in 1999; as such, he reasoned that his time there should be added to the time spent in the custody of the ECCC in calculating the amount of pre-trial detention served.
In its ruling, the ECCC conceded that Duch’s eight-year pretrial detention in the military court exceeded Cambodian law, id. at para. 19, and human rights standards, id. at para. 21. It determined, however, that the concerns for flight risk, public order, and the protection of the accused that originally justified pre-trial detention before the ECCC remained applicable, so it declined to release the accused. Id. at para. 25.
It also concluded, however, that the violation of Duch's rights did not rise to the level necessitating that the ECCC divest itself of jurisdiction. Id. at para. 34. In this regard, the ECCC cited the Barayagwiza case before the ICTR, which indicated that the "abuse of process" doctrine may compel an international tribunal to refrain from exercising its jurisdiction where an accused’s rights were seriously violated pre-trial, even if those violations are not attributable to the tribunal. Prosecutor v. Barayagwiza, Case No. ICTR-97-19, Decision of 3 November 1999, para. 73 (Nov. 3, 1999). A similar issue arose in the Lubanga proceedings before the ICCC where the Court ruled in dicta that breaches of the fundamental rights of an accused may render a fair trial impossible. Prosecutor v. Lubanga, Case No. ICC-01/04-01/06, Judgment on the Appeal of Mr. Thomas Lubanga Against the Decision on the Defense Challenge to the Jurisdiction of the Court Pursuant to Article 19(2) of the Statute of 3 October 2006, paras. 9-10, 30, 37, 42-43 (Dec. 14, 2006).
Although it declined to release Duch, the ECCC did find that at the time of sentencing, Duch would be entitled to time served for the years spent in military custody, Duch Pre-Trial Detention Ruling at para. 29, and might be entitled to a further reduction in sentence as a result of the previous violation of his rights, id. at para. 35. This likely eliminates the possibility of a life sentence. The ECCC also noted

if acquitted, Duch would be entitled to seek compensation before the national authorities. Id. at para. 37.
Duch has essentially admitted to responsibility for events at Tuol Sleng prison (left), which he commanded under the Khmer Rouge. It remains to be seen how his cooperation and expressions of remorse might impact any sentence imposed.