The work of the U.N. minority issues expert 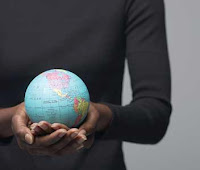 ► This week I sent a letter, along with my colleagues who work on torture and arbitrary detention, to China. We challenged the Chinese government either to explain how its detention of two ethnic Uighurs complies with international law or to release the two urgently. China acknowledges having upwards of 40 different ethnic and religious minorities, in addition to the Tibetans, who face varying levels of oppression and repression.
► Next week I leave for a mission to Kazakhstan.
► Last year this time I was in Guyana, investigating the multi-layered relationships between the Indo-Guyanese (persons of East Indian descent), who currently control the government, and the Afro-Guyanese, who are almost the same percentage of the population but feel persecuted and grossly disadvantaged.
► In France, I saw a country that tourists never see. The lives of the “visible minorities” of France, persons who immigrate from North Africa, Asia, and the Caribbean to the shoddy, ghetto suburbs outside Paris, can’t been seen from the Eiffel Tower. They face discrimination at all levels. They are suspected and feared because of their religion. And even those who are second-generation citizens are never, ever considered “French.”
Since 2005, I have done this work in my capacity as U.N. Independent Expert on Minority Issues. I was appointed to the position by the High Commissioner for Human Rights with the consent of all governments that were members of the U.N. Human Rights Council (née Commission on Human Rights). There are over 40 individuals like myself, from all regions of the world, who are chosen to carry out this critical function for the chief human rights mechanism of the United Nations. Each has a mandate to focus on a specific human right. My mandate is to focus on the rights of minority populations. They are defined as groups that are distinct by ethnicity (race), religion or language and who have an inferior power relationship to other groups in the society. The relative numbers aren’t as meaningful as the subservient power status. So that:
► In South Africa during apartheid, my mandate would have been the protection of the African population, rather than the Afrikaners.
► In Brazil, I focus on the Afro-Brazilians even though the government now admits that they may be 55% or more of the population.
The international legal prescription against racial discrimination is at the core of my mandate, along with the U.N. Declaration on the Rights of Persons Belonging to Ethnic, Religious or Linguistic Minorities.
Furthermore, the U.N. resolution authorizing my work requires that I take “a gender perspective” in everything that I do. Each year I visit a number of countries where I am received at the level of a Cabinet Member or Minister of State. That gives me an unparalleled opportunity to engage the top officials in countries about their policies regarding minorities. And, of course, I am able to meet with minority communities, with academics who study these issues, and with civil societies more broadly. I present my findings, evaluations and detailed recommendations to the 47 governments that sit on the U.N. Human Rights Council. I also do thematic reports on issues that concern minorities across all regions of the world, like minorities and poverty or minorities and the right to education.
Of course, my mandate also includes minorities in the United States. Indeed, U.S. civil rights laws and my personal experiences as a minority in the United States have enriched my capacity to grapple with the complexities of discrimination as they present themselves in other cultures and countries. When I take on issues here in the United States, however, that home-grown expertise is rarely acknowledged.
An example: The U.N. Special Rapporteur on Housing and I intervened a while back when the City of New Orleans revealed a post-Hurricane Katrina plan to tear down much of the its remaining public housing. Our assessment was that to do that would violate the right to

adequate housing that is guaranteed without discrimination by the Universal Declaration of Human Rights. The local response? New Orleans' daily newspaper, the Times-Picayune, accused me of being a meddling outsider “idiot from the U.N.”
by Gay McDougall at 6:04 AM