Exploring a law that's all about rural women 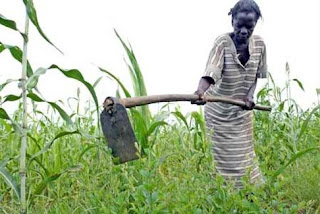 For the past several years, my scholarship has explored the legal relevance of rurality. One of my goals has been to expose rural difference — which is often also rural disadvantage — with respect to a range of domestic legal issues, e.g., abortion access, youth substance abuse, intimate partner violence, and availability of health and human services. My work reveals a pervasive presumption of the urban in culture, law and legal scholarship. Rural women have been the focus of a great deal of my writing, including an article that theorizes the intersection of gender with the rural-urban axis.
My most recent publication goes international with this “critical legal ruralist” (and feminist) project. Entitled Migration, Development and the Promise of CEDAW for Rural Women, it has just been published in Volume 30 of the Michigan Journal of International Law. To the best of my knowledge, this is the first publication to look in any systematic way at Article 14 of the Convention on the Elimination of All Forms of Discrimination Against Women. If you are a human rights scholar and the mention of Article 14 leaves you scratching your head, trying to recall the topic of that provision, your response may support my point about a pervasive presumption of the urban. You may have overlooked Article 14 because it is all about rural women.
For a self-proclaimed ruralist like me, Article 14 was a very exciting find. I am delighted that a recent symposium of the Michigan Journal of International Law, entitled “Territory without Boundaries”, provided a timely opportunity to write about it. While U.S. law largely ignores the rural-urban axis, here in an international human rights instrument is an express legal recognition of rural difference — accompanied by a call to action.
My new article looks at the travaux préparatoires to explore how this marginalized population got included in CEDAW and how drafters determined which particular concerns of rural women got

addressed. Several developing nations first put rural women on the CEDAW agenda, and they were apparently motivated to do so because of women’s role in food production. What ultimately became Article 14 was sponsored by Egypt, India, Indonesia, Iran, Pakistan, Thailand, and — interestingly — the United States.
The fact that an international human rights instrument such as CEDAW expressly acknowledges rurality and rural difference should not be a great surprise to us. The United Nations attends to rural people and places in many contexts. Some examples are here, here, and (implicitly) here. This U.N. attention seems highly appropriate, given that about half of the world’s population is still rural. (Compare that to just under a fifth of the population of the United States, where rural interests get systematic government attention only within the U.S. Department of Agriculture). After all, “rural” is to some degree synonymous with undeveloped and primitive, just as “urban” connotes civilization and development. Plus, a great deal of the content of international human rights law arguably targets developing nations, compelling them to adopt the norms of the developed world. In the same way, CEDAW’s Article 14 seeks to secure for rural women the same rights urban women get, e.g., healthcare and education, while also recognizing rural-specific needs.
A very recent U.N. recognition of the significance of rural women came with the United Nations’ observance of the first International Day of Rural Women on October 15, 2008. According to the U.N. declaration, the day’s designation recognizes “the critical role and contribution of rural women, including indigenous women, in enhancing agricultural and rural development, improving food security and eradicating rural poverty.” (See this post on my Legal Ruralism Blog.) In the developing world, rural and agricultural are much more nearly synonymous than in the developed world. Indeed, the focus of my new publication is the Article 14 guarantees that are linked closely to women’s roles as the so-called architects of food security. These rights include land ownership, inclusion in development planning and implementation “at all levels,” and access to credit, marketing facilities and agricultural technology and extension services. To better understand the potential of CEDAW to enhance rural women’s livelihoods, I examine the most recent country reports of four member states: China, Ghana, India, and South Africa. All have significant rural and urban populations; in a sense, all are simultaneously developed and developing.
My discussion of CEDAW’s Article 14 is situated in the context of massive rural-to-urban migration worldwide. In fact, its publication comes just months after demographers report that, on a global scale, urban dwellers began to outnumber those living in rural areas. As globalization creates conditions that induce migration, causing the populations of cities to burgeon and their territories to sprawl, those same forces shape rural places, too. Although that which is rural is often thought of as quintessentially local, rural livelihoods around the world are buffeted by economic restructuring, migration, and climate change. I thus consider CEDAW in relation to migration’s consequences for the women who are left behind: enormous challenges, but also opportunities for empowerment.

Among other observations, I laud the priorities and framework of CEDAW’s Article 14 in terms of the ways in which they seek to foster women’s agency and material well-being. Many of the enumerated rights are of the socioeconomic variety rather than of the civil and political type. It is thus not surprising that Member States’ responses to Article 14 tend to be more often programmatic than in the nature of law reform.
I also discuss the potential for CEDAW’s Article 14 to accommodate legal pluralism, which can be particularly relevant in rural places, where custom and local sources of authority tend to be more entrenched and influential than in urban locales. I further suggest that the population churn associated with migration represents an opening for the renegotiation of gender roles and other cultural practices in rural places. I argue that migration enhances the prospect of raising the collective consciousness of rural communities regarding national and international legal norms, while also facilitating enforcement of rural women’s rights by fostering their access to formal legal actors and institutions at higher scales, usually in urban places. Finally, throughout the Article, I consider parallels between developing and developed nations with regard to rural-urban difference, population trends, the industrialization of agriculture, and the social and 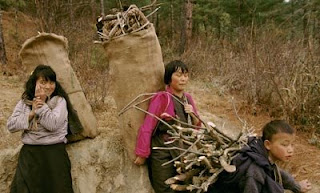 economic consequences of these phenomena.
Migration, Development and the Promise of CEDAW for Rural Women is hardly the last word on CEDAW’s Article 14. My analysis of the intersection of development, migration and human rights law for rural women raises many more questions than it answers:
► Among these questions is the impact of rural spatiality — including a relative absence of formal legal institutions and actors — on the ability of rural women to realize the promise of international instruments such as CEDAW and the domestic laws and programs that respond to its mandate.
► Another is the extent to which development efforts entail or encourage urbanization and how CEDAW’s vision for empowering rural women might influence the trajectory of development.
► A third is the wisdom of development strategies that fuel migration’s urban juggernaut by promoting the industrialization of agriculture. Such strategies — which I argue reflect an urban bias — seem wrong headed at a time when the developed world’s food production priorities are shifting to value and emphasize sustainable agriculture.
I hope other scholars who are interested in gender, how we feed ourselves and the planet, and maybe even rurality, will join me in exploring these and other issues related to Article 14 of CEDAW. 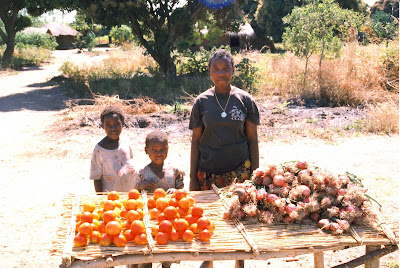 Thanks for this great post and your enlightening and important "ruralist" approach in general!

Thank you for looking at an issue that affects half the humanity, but had been invisible in international law.

In your post here, you raised a key question of development in the rural areas and I think the National Rural Employment Guarantee Act (NREGA), 2005 adopted in India is a unique instance of policy development that is aimed at addressing the question of employment in rural areas.

I look forward to gaining more insight into the issue.