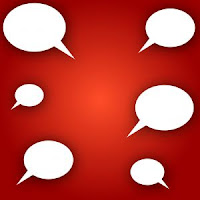 It's mid-July, and much of legal academia is knee-deep in writing projects; while overwhelming at times, this part of the year makes me grateful for my chosen profession and the joys of tackling complicated and fascinating problems. On that note, I've just been reading an old but excellent book chapter by Professor Duncan Ivison, a philosopher at the University of Sydney, on the potential conflicts between legal pluralism and the expressive function of law, which informs my current project on transitional justice.
We're all now familiar with critiques of international criminal law's failure to achieve the traditional goals of domestic criminal law, including retribution and specific and general deterrence. Several authors, including IntLawGrrl Diane Marie Amann (here), have compellingly argued that international criminal law potentially holds great expressive value, as it can shape societal meanings of right and wrong. So, the argument follows, a conviction of genocide can send a message to the offender and even the affected community that this episode of mass violence was wrong -- a valuable goal in and of itself. However, as Diane notes, the message understood is more important than the message intended. Things can go seriously awry if the message is not carefully crafted to the intended audience.
As Ivison notes, in intercultural contexts, it's not clear to which community the offender is being reconciled. Whose norms are we trying to uphold? Which values do we apply? While international criminal law often assumes the universality of its underlying norms and values, this may not be a valid assumption. In situations of mass violence, societal norms and values have been upended and are subsequently hotly contested. While at a high level of abstraction, most humans would agree that mass killings are wrong, many might believe that violence would be acceptable in self defense or for some other reason. Indeed, in order to perpetrate mass violence, leaders must convince much of society that such killing is acceptable. While these dictates may not be law, they hold similar and perhaps even greater force as societal norms. Thus a conviction of genocide might be understood entirely differently than the message intended.
So how can we effectively harness the expressive potential of international criminal law? Prof. Ivison recommends in the domestic context that courts should be more aware of and responsive to "the plural and overlapping nature of sovereignty in intercultural contexts." Transitional justice mechanisms must acknowledge and address differing perspectives on the root causes of mass violence. This is not to say that they must accept the perpetrators' depiction of the violence but perhaps that they should dig deeper and more broadly into the causes of the violence so that the message is understood by as many members of the affected society as possible.