Look On! "Reckoning" on the ICC

(Look On! takes occasional note of noteworthy films.) Stay home for the national television premiere on Tuesday night, 14 July – or better yet, host a gathering. Or, if you're in Washington, D.C., go to the event sponsored by the American Society of International Law the night before. Whatever you do, do see “The Reckoning: The Battle for the International Criminal Court” on PBS. You can find the details for all these viewing options in Diane's post below. In this post, I'll focus on the film itself.
I’ve just previewed "The Reckoning" on DVD, courtesy of director Pamela Yates (below left) -- who contacted me after seeing my January Look On! post about another Sundance Film Festival selection, Lisa F. Jackson's "The Greatest Silence." So I can vouch for the impact of this new film.
It will have you on the edge of your seat, following two simultaneous dramas – the Court’s first investigations and prosecutions of unspeakable crimes, and the Court’s own struggle to survive. It opens with the unduckable question:

Does humanity have the possibility of doing better than this?

The film then moves back and forth between killing fields, Nuremberg, Rome, The Hague, Uganda, Congo, Colombia, Darfur. Ninety minutes goes very, very quickly.
In her Filmmaker’s Statement, after describing the Court itself as the protagonist in "The Reckoning," Yates tells us: 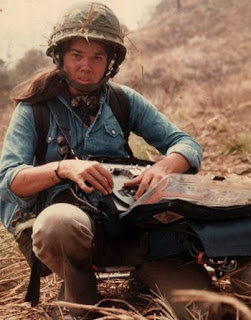 The title 'The Reckoning' has three meanings: the reckoning of a world trying to bring the worst perpetrators of massive crimes to justice; the reckoning of the International Criminal Court becoming an effective global arbiter of justice; and the reckoning with the international community – do we have the political will to carry out the arrest warrants and fulfill the mandate of this new Court?