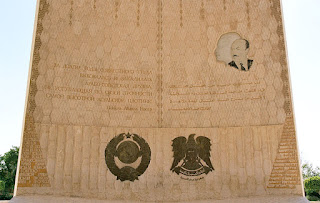 On this day in ...
... 1970, about 400 miles south of Cairo, Soviet and Egyptian officials marked the start of the 12th and final power-turbine in the Aswan High Dam spanning the Nile River. The New York Times said that the ceremony commemorated at left, from which officials of the West were excluded, "marked the essential completion" of Egypt's "greatest engineering work since the construction of the Pyramids." It detailed as well how a U.S. backing-off from funding the dam had sparked geopolitical change in the region.
... 1856, Louise Blanchard was born in Waterloo, New York. Following 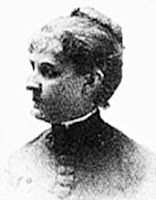 her high school graduation, she taught school briefly. In 1876 a Buffalo architect hired her as a draftsman, and a few years later Louise Blanchard Bethune (right) and her husband ran their own architectural office. By age 33, when her child was 6, she had served as vice president of one professional organization, been elected Fellow of the American Institute of Architects, and designed 75 buildings. Soon after she published an article entitled Women of Architecture. The 1st woman known to work as a professional architect in the United States, she designed a variety of commercial and public buildings. Still standing is a 1904 Renaissance-style building for which she received a $1 million commission, the Lafayette Hotel in Buffalo. Bethune died in 1913 in New York City.