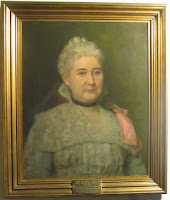 On this day in ...
... 1920, May Wright Sewall died in Indianapolis, Indiana, 76 years after her birth in Wisconsin, and just a month before women's suffrage -- an issue to which she'd devoted her lifework -- would come into effect in the United States via ratification of the 19th Amendment. She had earned bachelor's and master's degrees from Northwestern Female College in Evanston, Illinois, now part of Northwestern University. She taught throughout the Midwest, founding a girls' school in Indianapolis. Elected president of the National Congress of Women in 1891 and of the International Congress of Women (ICW) in 1899, Sewall, like many feminists of the day, combined her work for women's rights with work for peace. Thus she chaired the ICW standing committee on peace and arbitration and a 1915 Organized Conference of Women Workers to Promote Peace, and sailed in 1915 on Henry Ford's Peace Expedition. As we've posted, Sewall, along with IntLawGrrls transnational foremother Susan B. Anthony and others, led a women's rights meeting at which abolitionist Frederick Douglass gave the last speech of his life. (credit for portrait of Sewall on display in Indiana's capital) 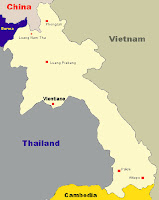 ... 1962, in Geneva, Switzerland, Laos and more than a dozen other countries signed the International Agreement on the Neutrality of Laos, the result of a 2-month conference. They "pledged to respect Laotian neutrality" and "to refrain from interference 'direct or indirect' in the internal affairs" of that country. The agreement would be breached in the course of the Vietnam War.